Glasgow will host in 2023 the first 'Super World Championship' of cycling, in which almost all disciplines will coincide (in the same place and at the same time). You may already know this, as we told you about it before a couple of years ago. However, now it has dates... and they benefit the road: from August 3 to 13. That is, squeezed between the Tour de France and La Vuelta a España. A decision that seems that will greatly harm disciplines such as XCO or track. Why? It's all in the preparation. 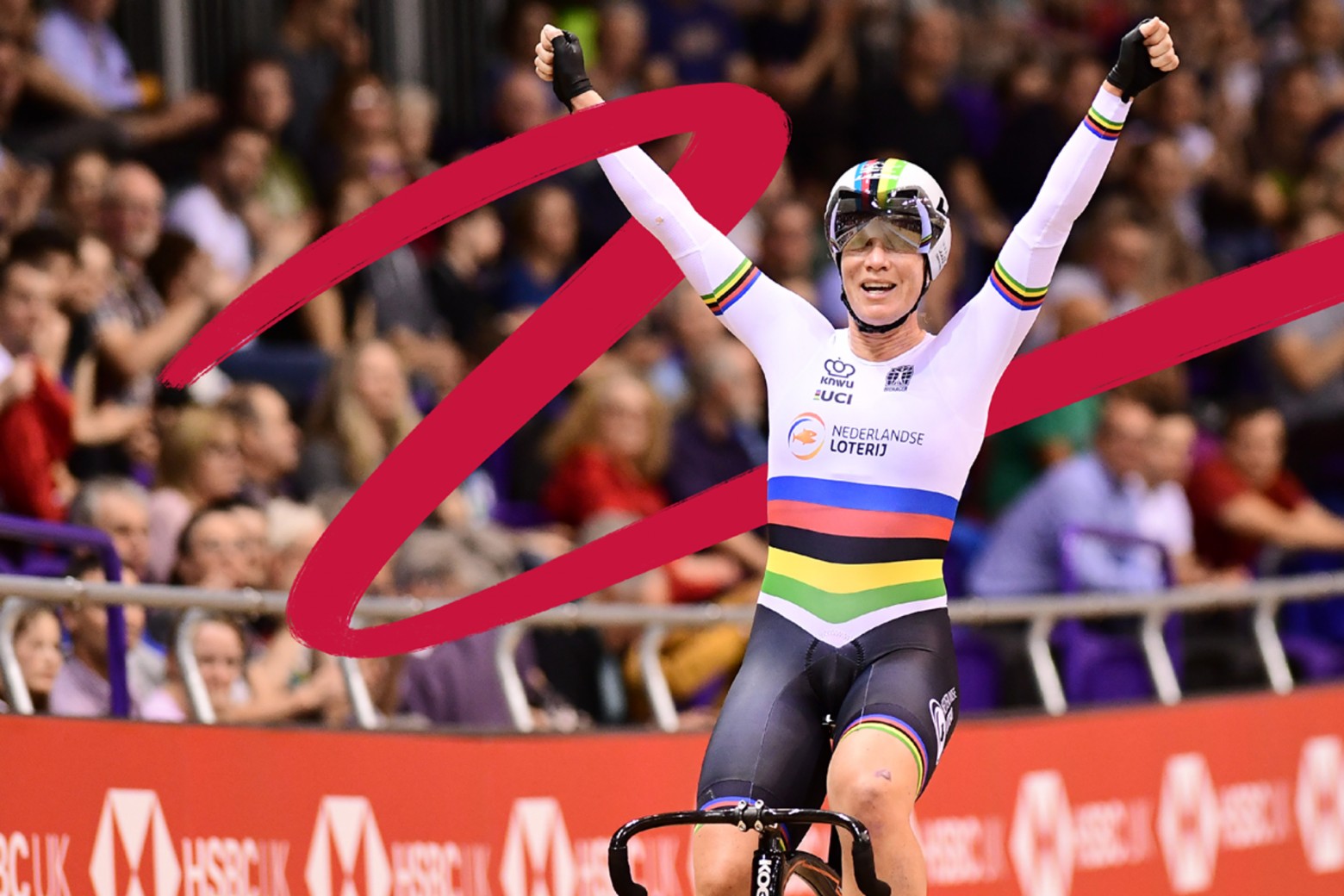 Full program of the 2023 World Cycling Championships in Glasgow, Scotland

It is the first time that the UCI holds a cycling event of this kind. In total there will be 11 days in which the best specialists of each modality will be concentrated. Among others, the XCO rainbow jerseys will be distributed from 9 to 12 August, the DH jerseys on 4 and 5 of the same month, and the road jerseys will be from 4 to 13. Here you can find the complete program. 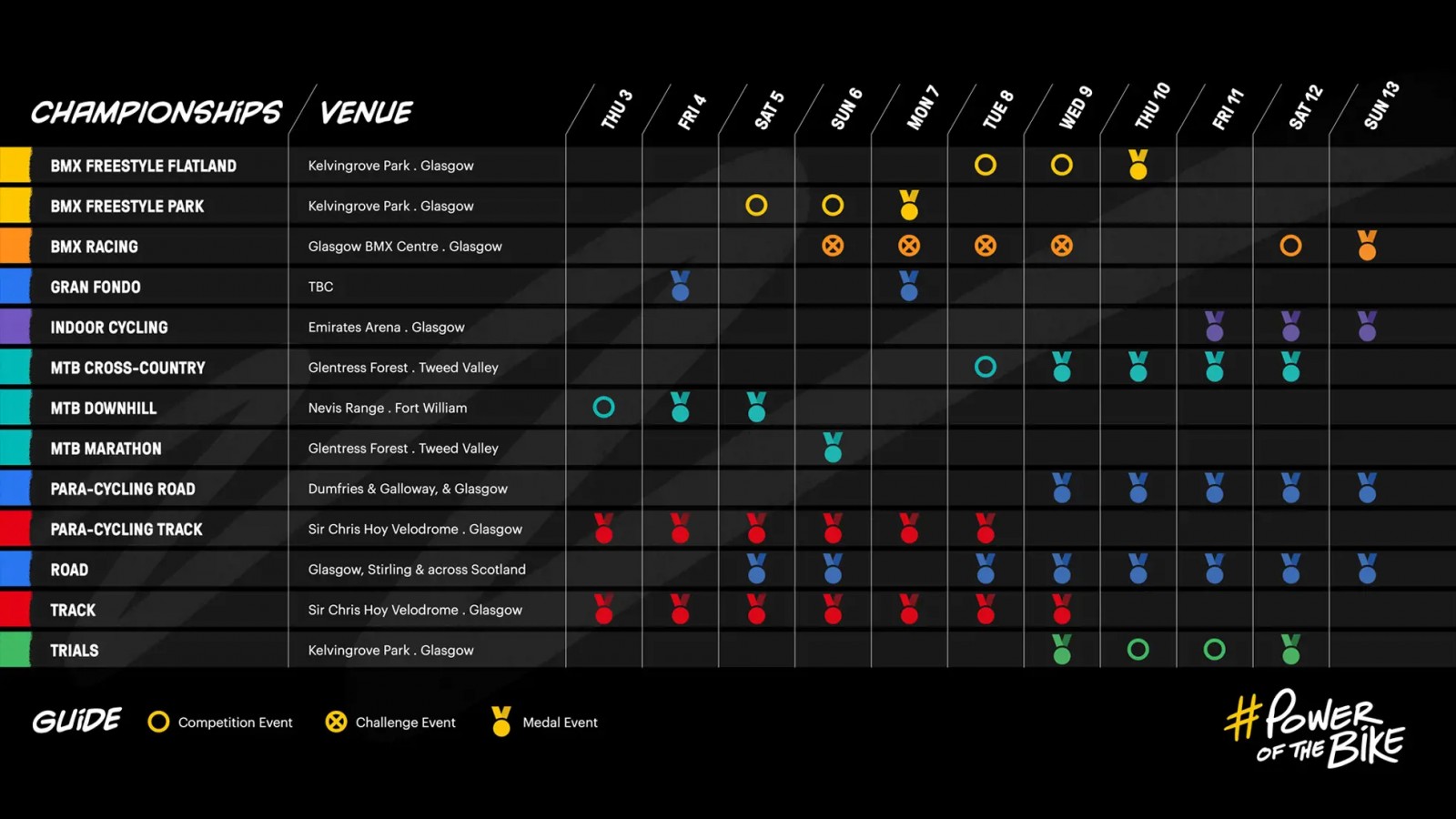 Forced to run on the road?

In recent years, the confluence of road racing (the most popular of all, and where the most money moves) with other disciplines such as track, mountain biking or cyclocross has intensified more and more. So much so that several of the biggest stars of the moment are doing two (or three) at the same time, and even double and triplets in world championships are being considered.

We are talking about such prodigies as Tom Pidcock, who this year was looking for the triple crown until his collapse in the XCO World Championship, Mathieu Van der Poel (who will have to wait until 2025), or Filippo Ganna, who already in 2020 won gold in individual pursuit (track) and in time trial, on the road. Other great riders include Elia Viviani (European elimination and road champion in 2019), the British Mark Cavendish, who would race at home, or Michael Morkov. 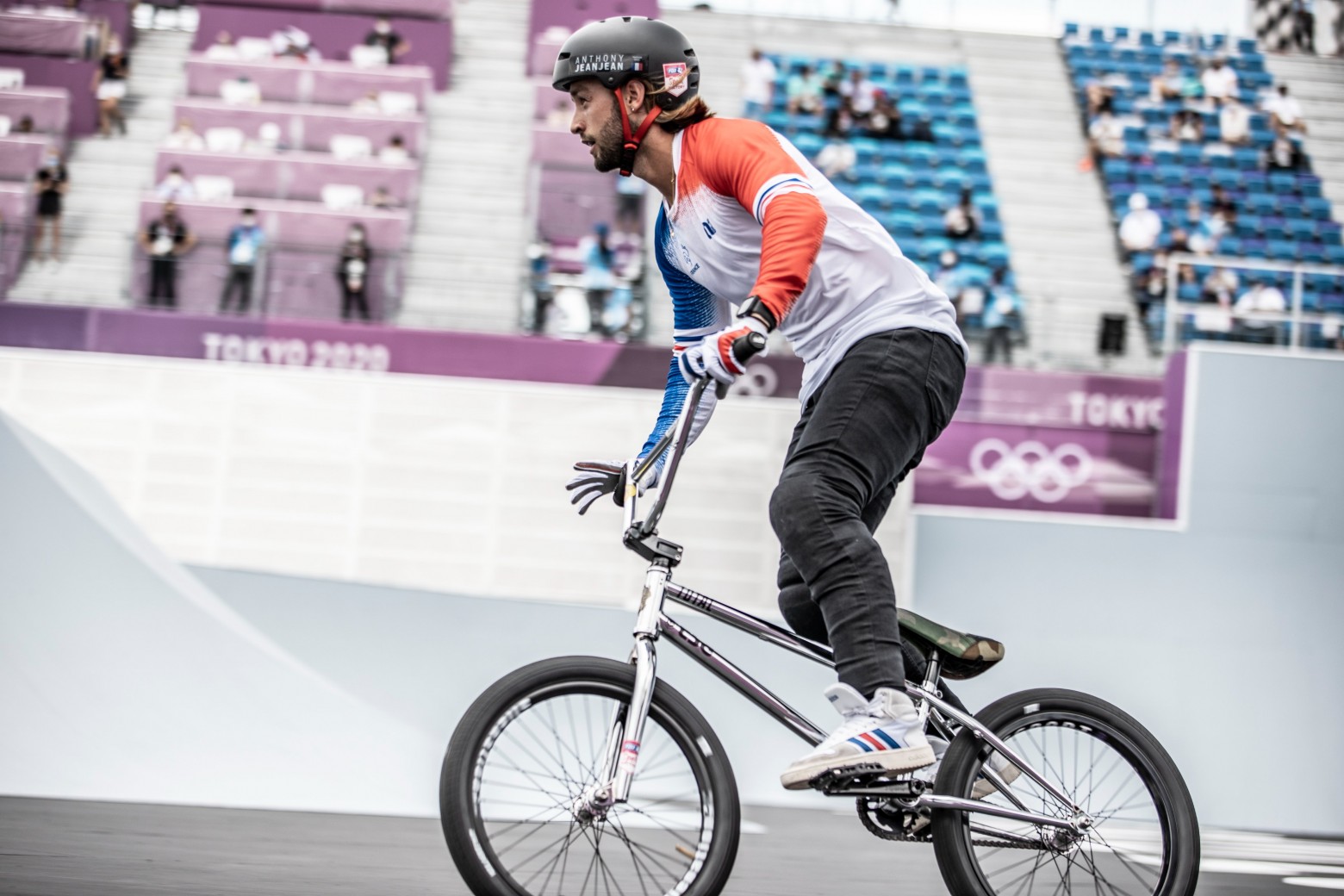 The problem for all of them will be that they will probably arrive with an exclusively long-distance preparation. After all, the Tour de France finishes just 10 days earlier. And the question is: will Ineos, Quick-Step or Alpecin-Fenix be willing to sacrifice their stars in the most important event of the calendar for the possibility of a gold medal on the track or mountain bike? It is doubtful, although there are precedents.

Last year Ganna competed in the Giro and then prepared thoroughly for Tokyo, where he managed to win with Italy in the Team Pursuit on the track, but could only finish 5th in the time trial. And Van der Poel left the Tour early to concentrate on XCO. Of course, with the road race likely to be held on Sunday 13 as the climax, most will have to give up these experiments, even if they appeal to them.

This type of Super World Championship is inspired by the European Championships first held in 2018 (and this year repeated in Munich), which brought together under one umbrella athletics, swimming, all disciplines of cycling, golf, gymnastics, rowing and triathlon. Incidentally, the venue was also Glasgow (and Berlin). And, as in this case, the intention is that it will not be a one-off idea, but that the format will be repeated every 4 years, always being the season prior to the Olympic Games. There is speculation that it will be used to qualify for this event, but this point is not yet confirmed. 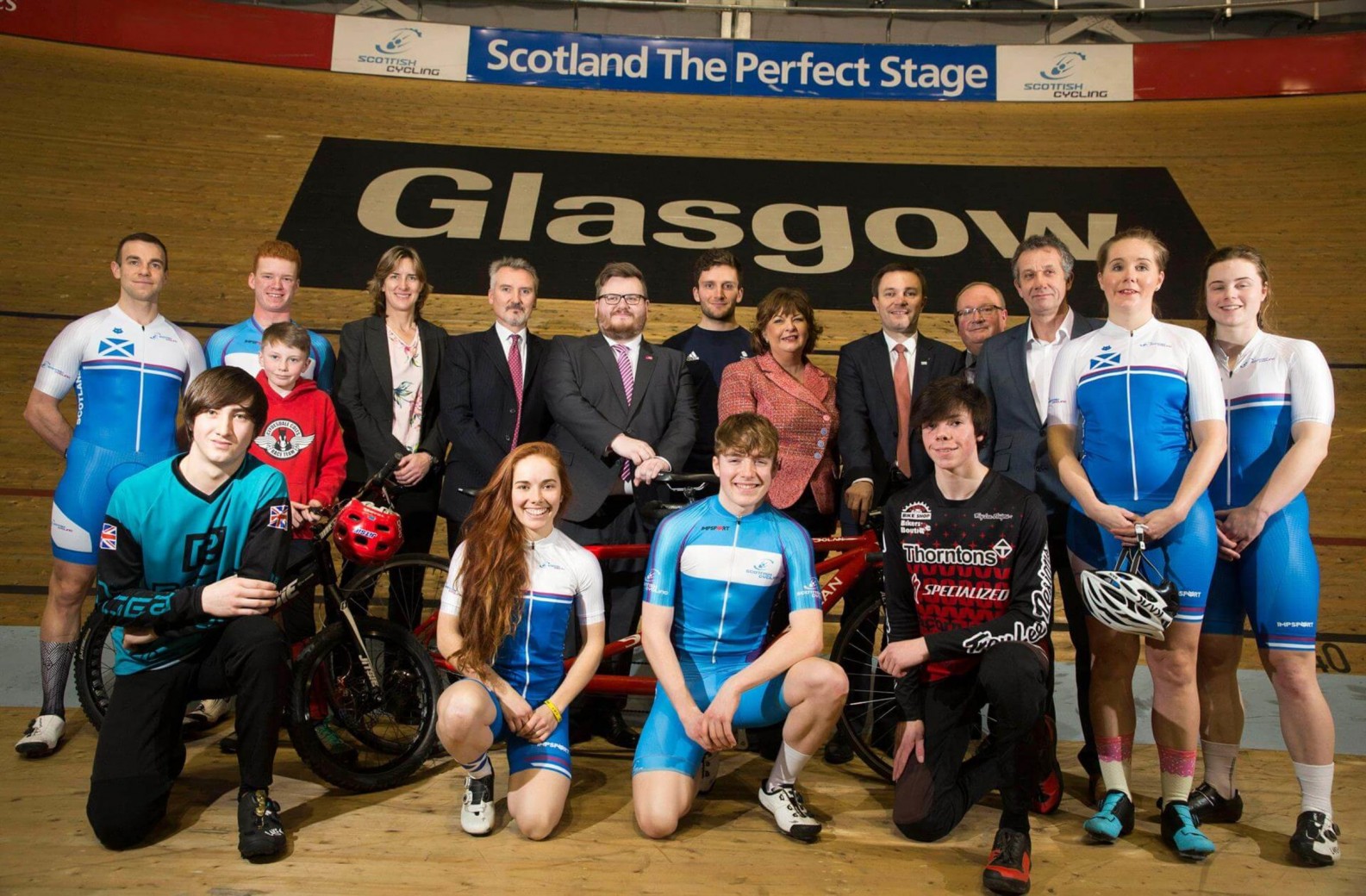 MTB, BMX, track... but not cyclocross

Specifically, the Glasgow 2023 Super World Championships will have 13 cycling disciplines in its program: road, track, Paralympic road and track, XCO, downhill, MTB marathon, elimination, trial, BMX, BMX freestyle, indoor cycling (including artistic and cyclo-ball) and Gran Fondo. This means that, in total, 190 rainbow jerseys will be awarded (for the different categories and modalities that make up each of them).

Of course, as you may have noticed, cyclocross is not included, which will keep its winter calendar (without which it would probably make no sense) and its World Championship separately, in January. Good news, therefore, for Van Aert, Van der Poel and Pidcock... and for us, that maybe next year we will have the opportunity to see the '3 tenors' dueling in the mud. 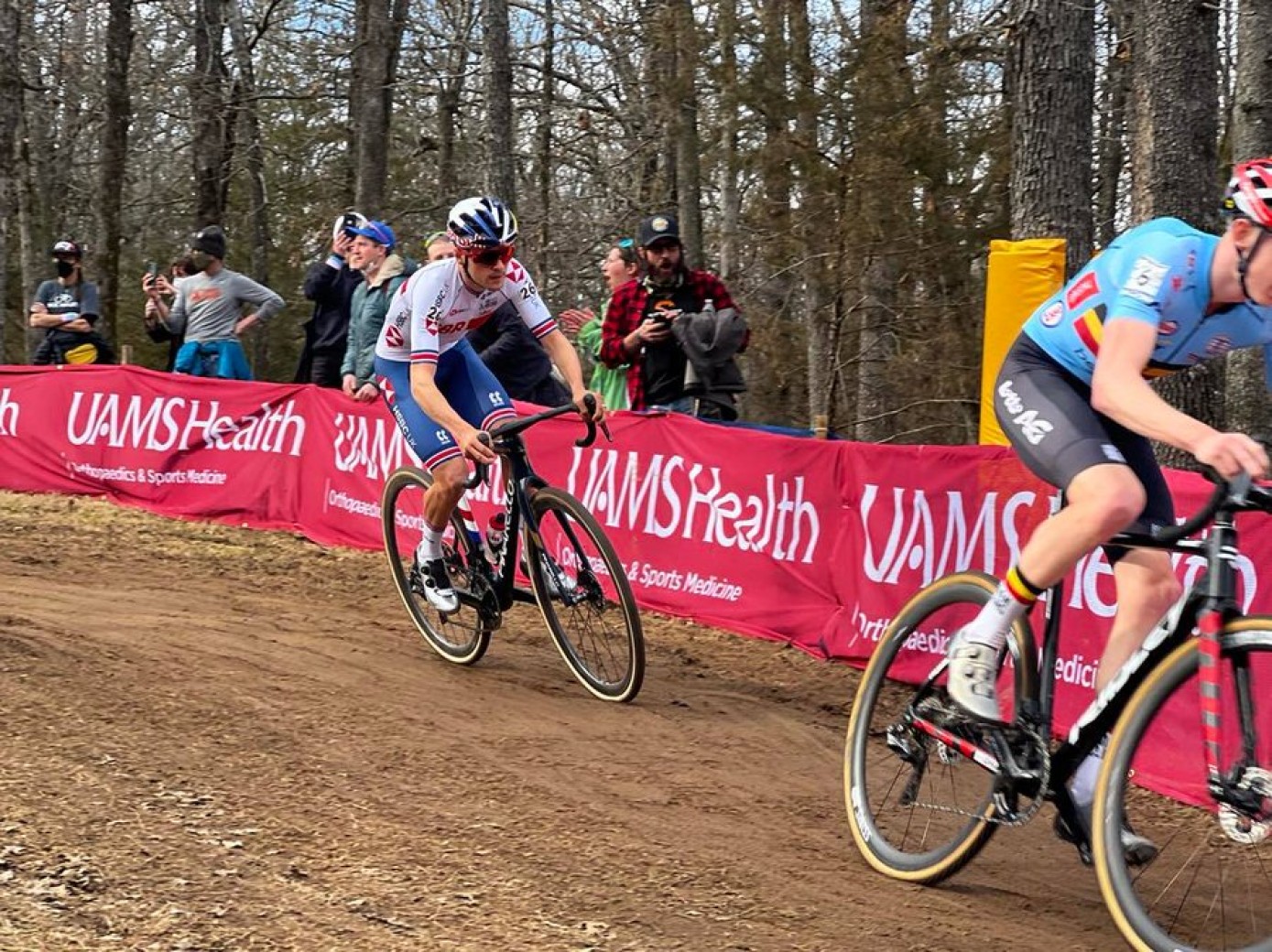 Even without this discipline, the UCI is advertising it as the biggest cycling event in history, and the truth is that the numbers will be impressive: more than 8,000 riders, including amateurs and elites, from 120 countries are expected. The organizers are also announcing more than one million spectators on site and a global television audience of 1 billion people... which seems like a bit inflated figures.

By the way, the venues that will host some of the events have also been unveiled. And several coincide, as expected, with those we already saw at the 2018 Europeans. For example, BMX will be based at the Glasgow BMX Centre, and the Sir Chris Hoy velodrome will host the track athletes, as well as the Paralympians in this specialty. In addition, the adjacent Emirates Arena will host the indoor cycling competitions and Kelvingrove Park will be dedicated to BMX freestyle.

We still don't know what the XCO course will be, but in 2018 this event took place at the Cathkin Braes Mountain Bike Trails, and Lars Forster won, with David Valero third. Of the road course we only know that the finish line will be in George Square, one of the city's hotspots. Four years ago, Matteo Trentin won here, and a very young Mathieu Van der Poel and Wout Van Aert completed the podium. Will we see something similar in the 2023 Super World Championship?