After 12 years with the Trek team, Emily Batty will compete in 2021 with the new Canyon MTB Racing. Batty will lead the team alongside 23-year-old Laurie Arsenault. This Canyon Lux CF full suspension bike will be her mountain bike in 2021 and we have already been able to see some details about its set-up. 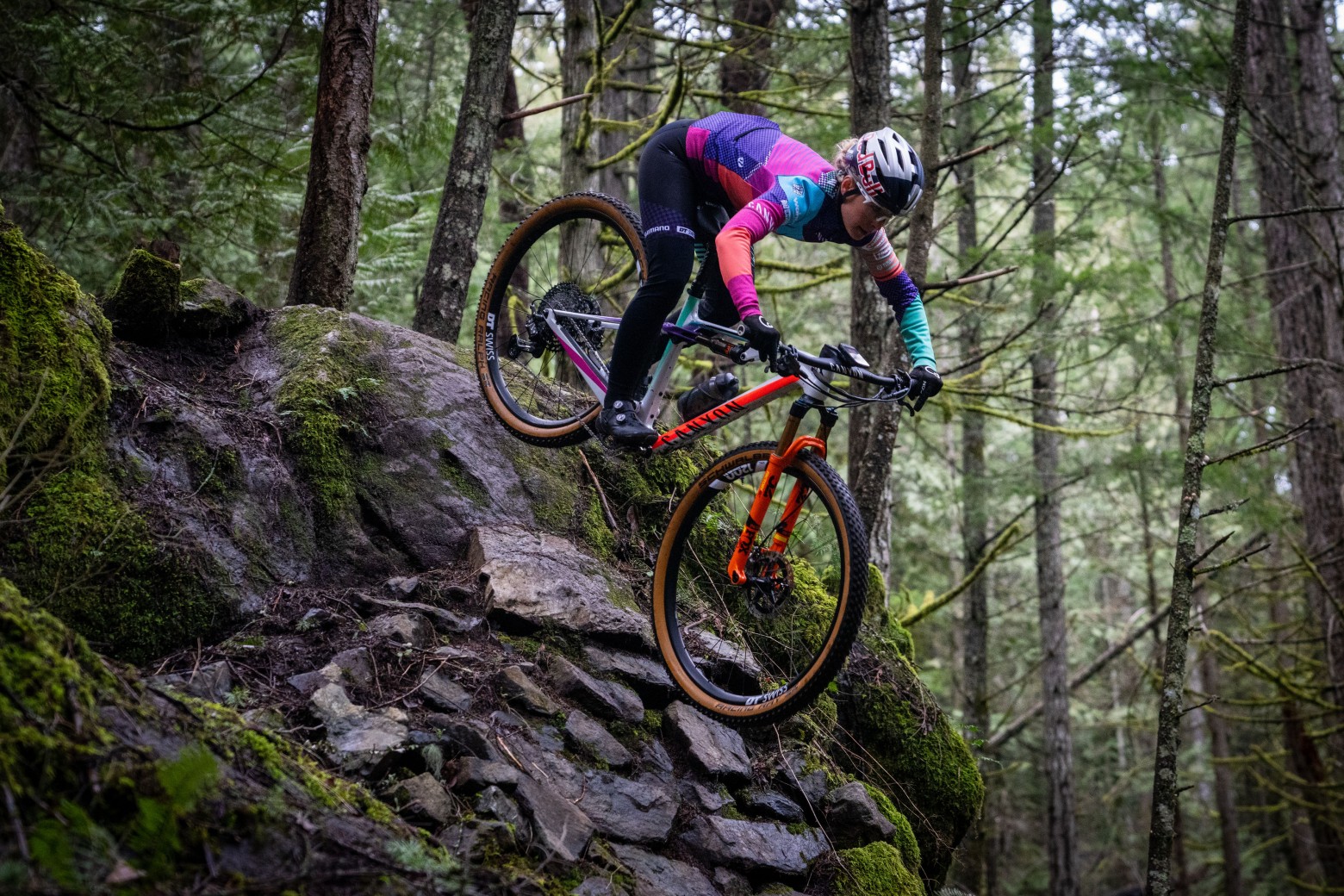 Emily Batty herself introduced an initial matt black version of the Canyon Lux CF with which they were going to compete, but we didn't know what the final look was going to be. Finally we have been able to see this colourful Emily Batty edition which, according to her own announcement, could even go on sale. 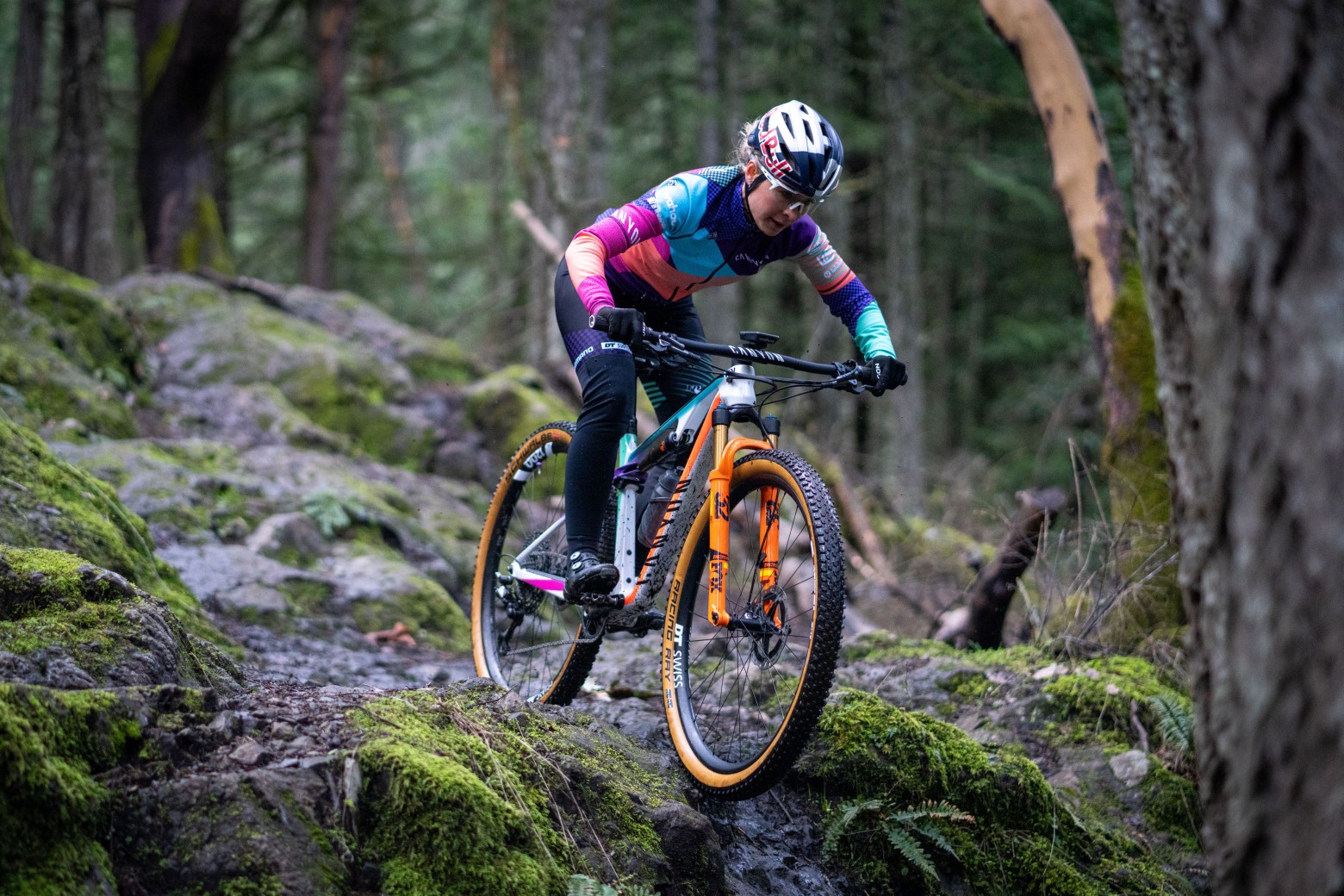 Against a white background there is a colourful aesthetic with subtle lines in different shades, and even the carbon shock absorber linkage is completely purple. It may seem like many colours, but the truth is that you could even say that it is a sober aesthetic if we compare it with the more striking tones chosen by other teams. 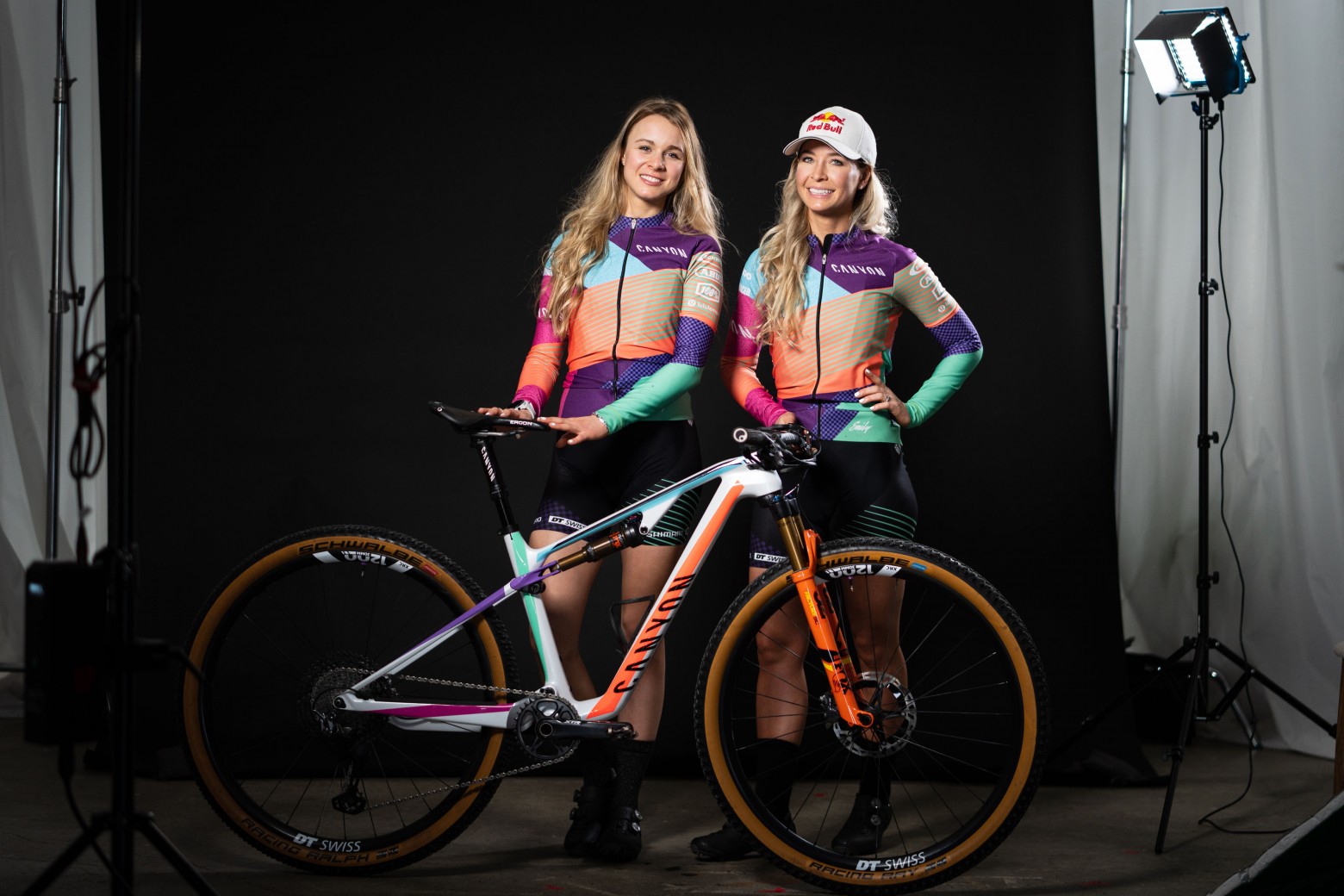 Although new to Emily, the Lux CF is a mountain bike that has already won practically everything in MTB, as in the hands of Pauline Ferrand-Prevot and Van der Poel it has already been on the podiums of World Cups, World Championships, Europeans, etc.

Remember that Emily came from competing on a Trek Supercaliber, perhaps the most XCO-specific full suspension MTB available today, and this Canyon Lux CF is capable of performing just as well in a short, explosive World Cup race as it is in a stage race or marathon. Partly thanks to its advanced geometry with an elongated reach and 435mm chainstays. Also, a detail that Batty is sure to appreciate, is that the frame has the ability to mount a double bottle even in the S size. 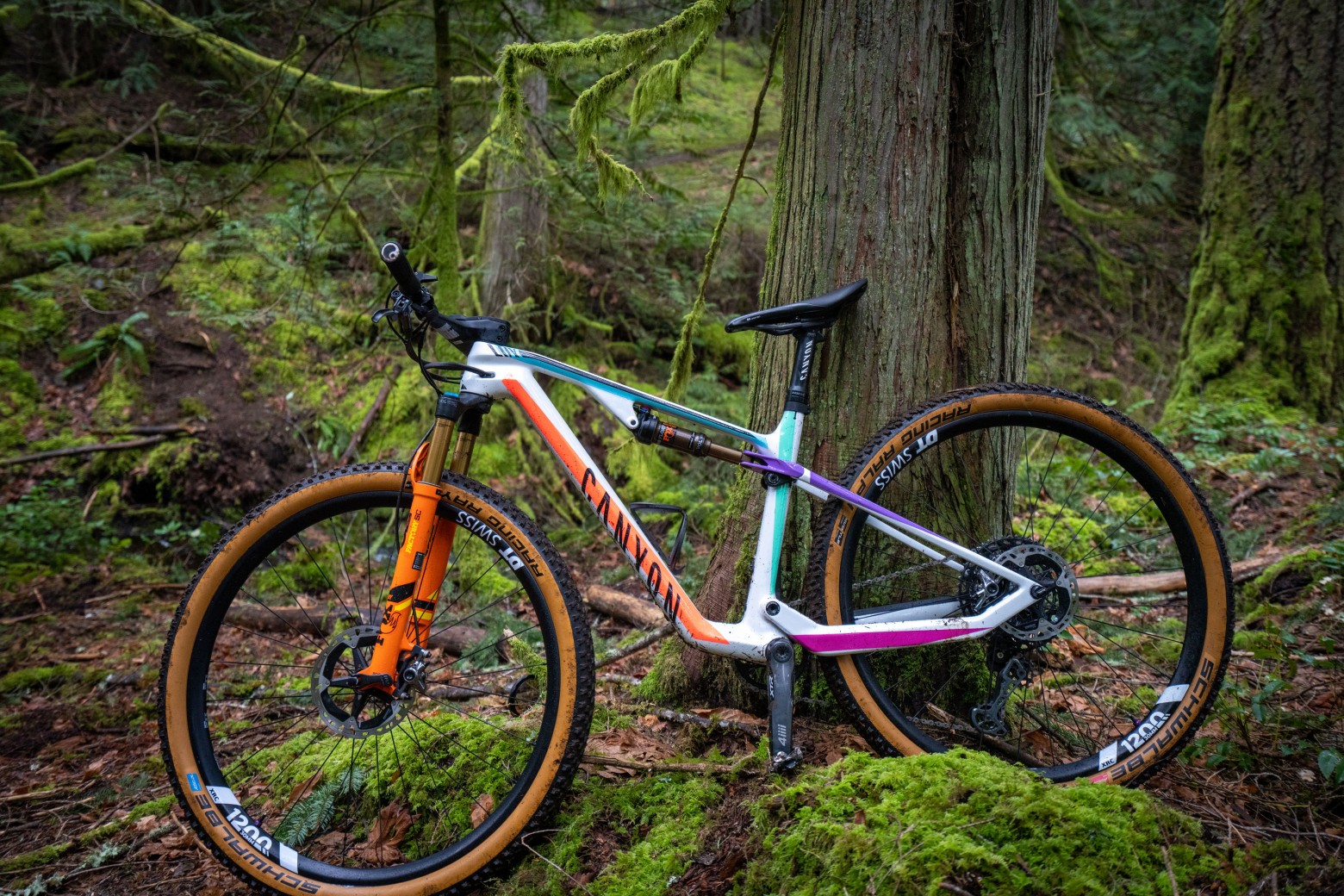 As a curiosity, Emily will race again with Fox suspensions and will return to the mechanical drivetrain with the Shimano XTR groupset after having pushed the SRAM AXS electronic derailleur to the limit last year on her Finnish ride.

So far we haven't seen if the aesthetics of this frame have any special designation, but on both Emily's and Laurie's kits, which match the colours of the Canyon Lux, it can be seen that they are signed by Emily Batty.

What do you think of Emily Batty's new MTB assembly? We read you on our social networks!