Everything will be decided at Val Di Sole: favorites, schedules and how to watch

Still with the excitement of the recent World Championship, the XCO World Cup of Val di Sole 2022, in Italy, is coming. It will be the last event of the year, but there are still many issues to close, who will win the overall classification? Will Nino Schurter achieve his long-awaited record of 34 victories?

The 2022 Val Di Sole World Cup will be the last one that we will be able to watch live and free online from the RedBull TVm website both the Short Track on Friday (women and men) and the XCO race on Sunday. With this race ends the stage in which RedBull has had the broadcasting rights and from next season, it will be Discovery who will broadcast it. 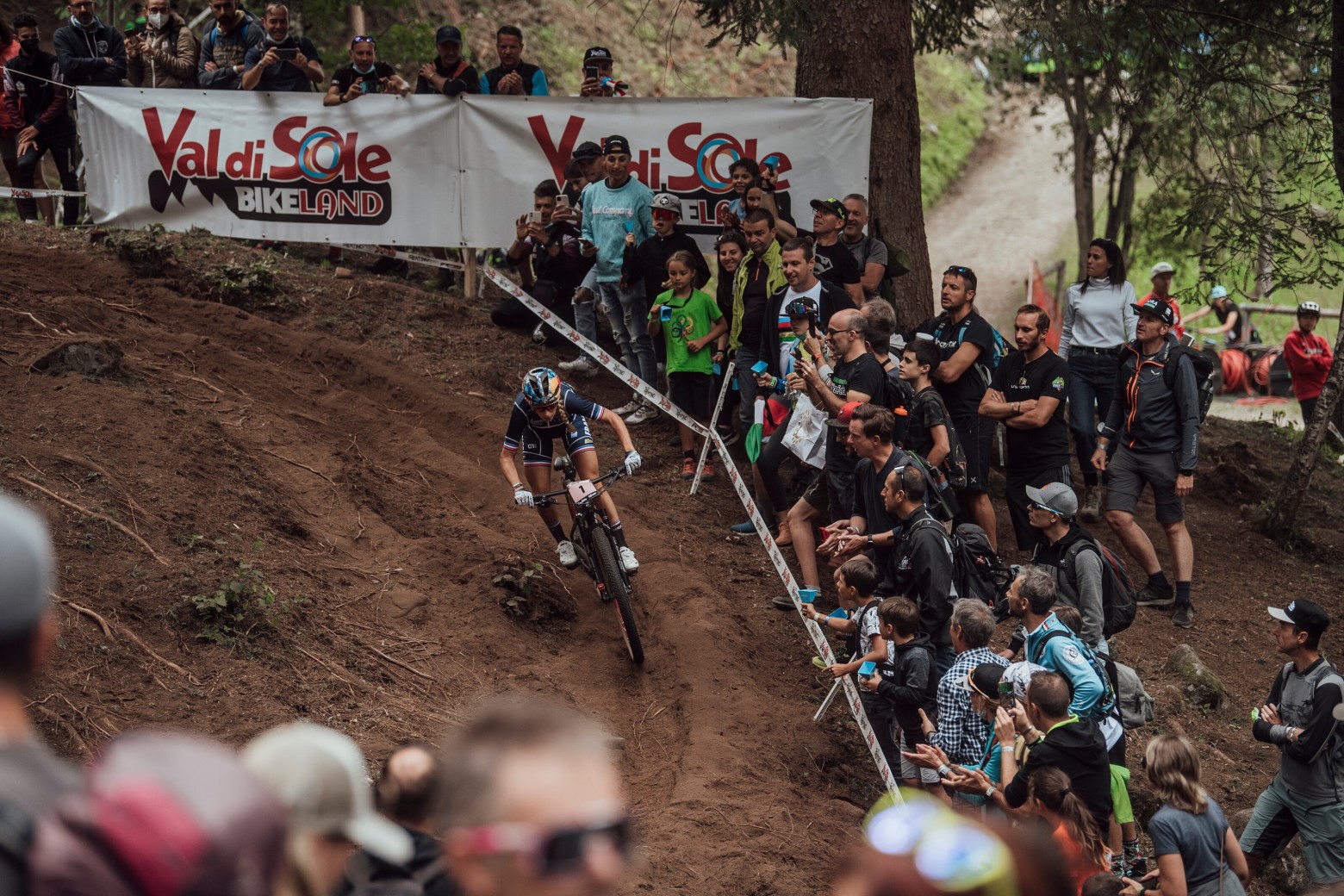 Who won the last time in Val Di Sole

The last time Val Di Sole was raced was in 2021, but it did not host a World Cup event, instead it hosted last year's World Championship.

On that occasion the rainbow jersey of the women's race went to British rider Evie Richards, who after a brilliant season put the icing on the cake in Val Di Sole with a race that she dominated with great authority. In the men's category, the race produced one of the most intense finishes of the last five years and in this Italian circuit we saw an exciting fight between Nino Schurter and Mathias Fluckiger, which the SCOTT SRAM rider won in the last meters. That finish has had repercussions until a few weeks ago when after a race incident, Schurter recriminated to Fluckiger that he had not yet overcome that defeat.

As we say, the World Championship is very recent and it would be difficult not to put the French Pauline Ferrand-Prevot as the top favorite to win in Val Di Sole. Pauline will debut there her two recently won rainbow jerseys (Short Track and XCO) and after the exhibition she made in Les Gets, less than a week ago, everything points to the fact that she could keep her form. 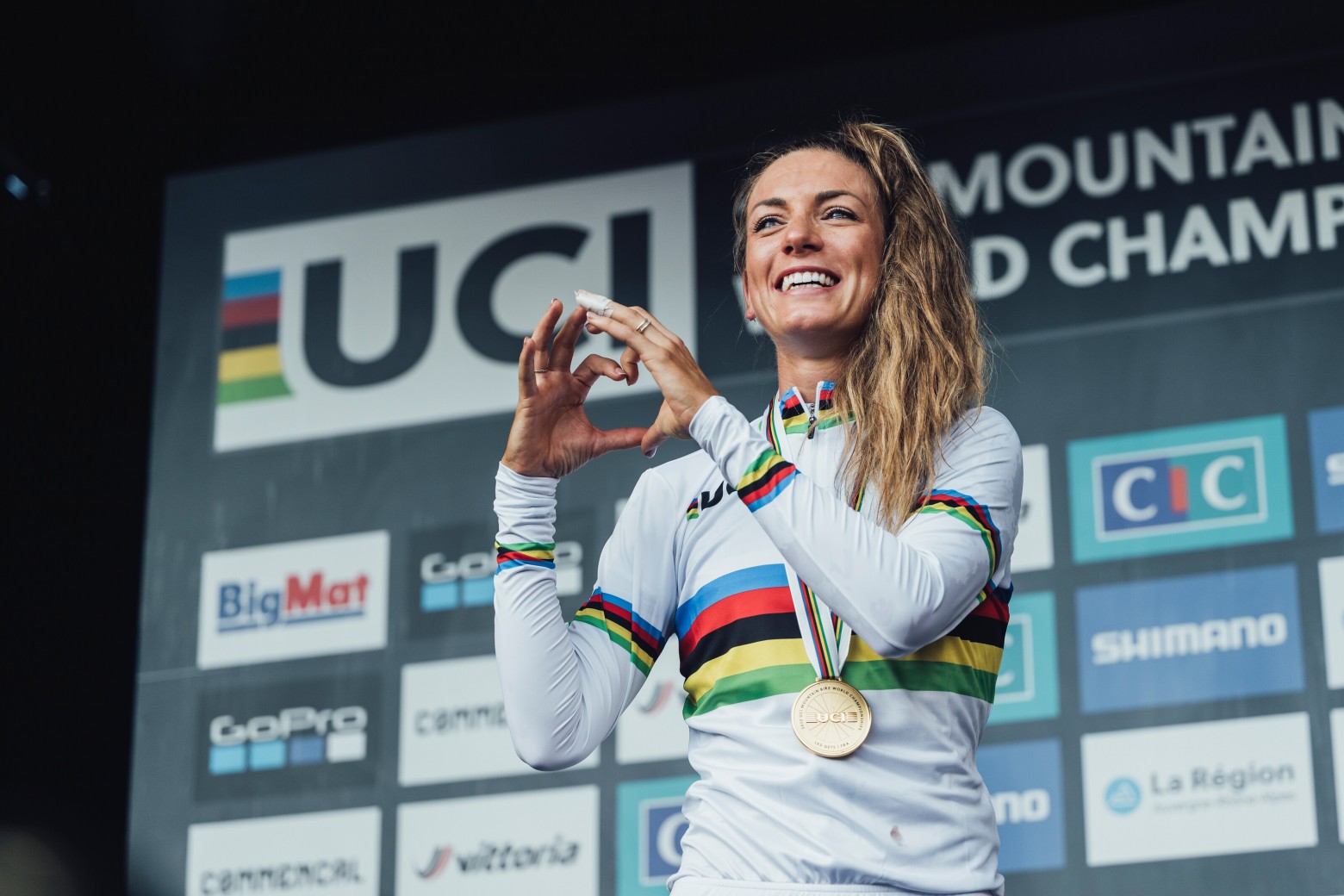 But this is the last chance for many others to achieve the last victory of the season and for sure Jolanda Neff or Haley Batten, second and third in the World Cup, will be competing for the first place.

For her part, Loana Lecomte could try to make up for her poor position in the World Championship and she is a rider who comes very strong, she won the European Championship 15 days ago, since she decided to skip the last two World Cup races to prepare for this last block of the season. 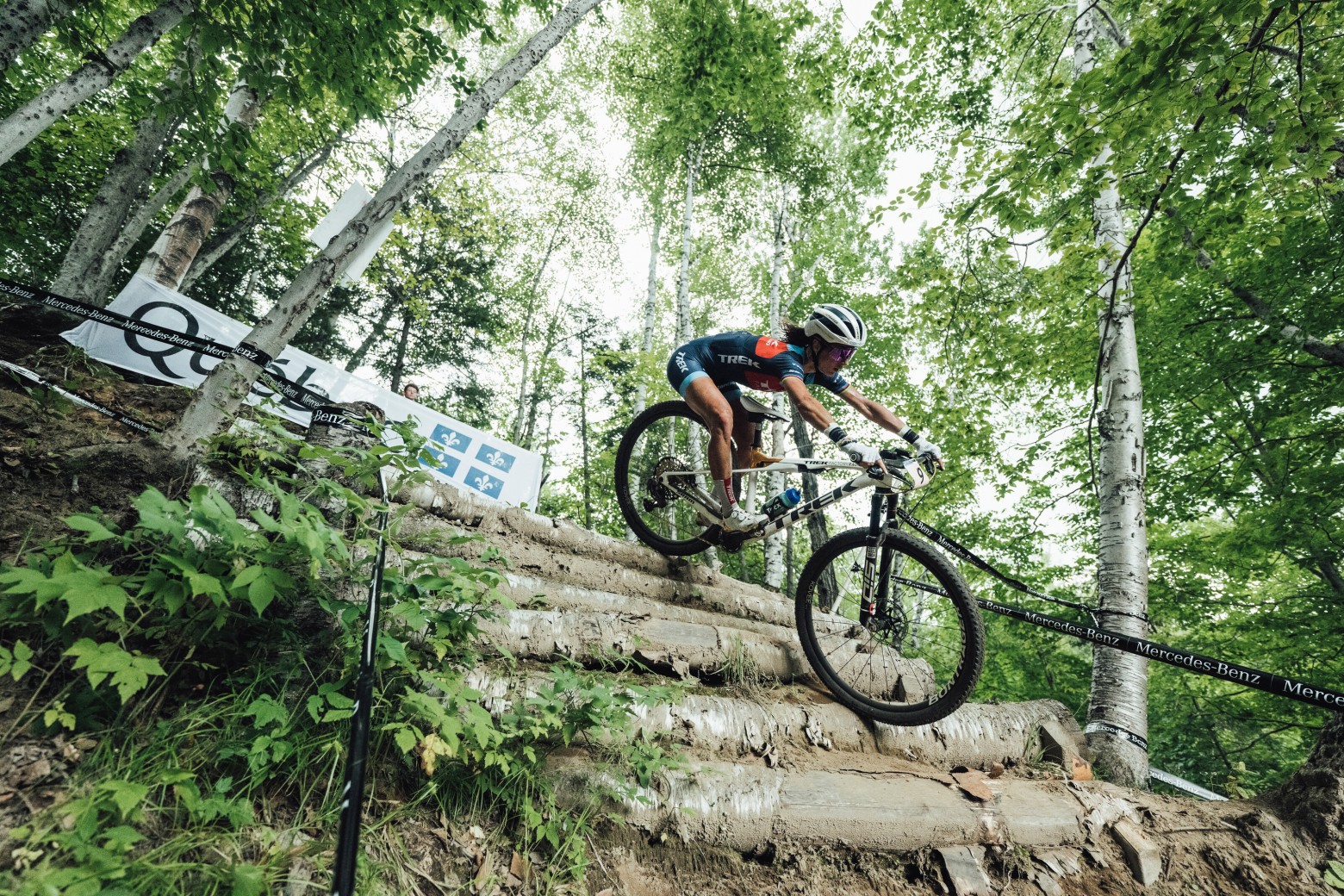 Finally, we can not forget to add to this list of favorites the Swedish Jenny Rissveds. The Team 31 rider has not been at her best since Snowshoe and had to withdraw from the World Championships because she was not in shape. But we already know that she is one of those talented athletes capable of great performances when there is less pressure on them.

Favorites for the victory in Val Di Sole

At the age of 36, Nino Schurter has just won his tenth World Championship and is just one World Cup victory short of being the rider with the most World Cup victories, 34. This record is the goal he has been pursuing all season and in Val Di Sole it will be his last chance. It would be a surprise if Nino Schurter were not in contention for the victory next Sunday. 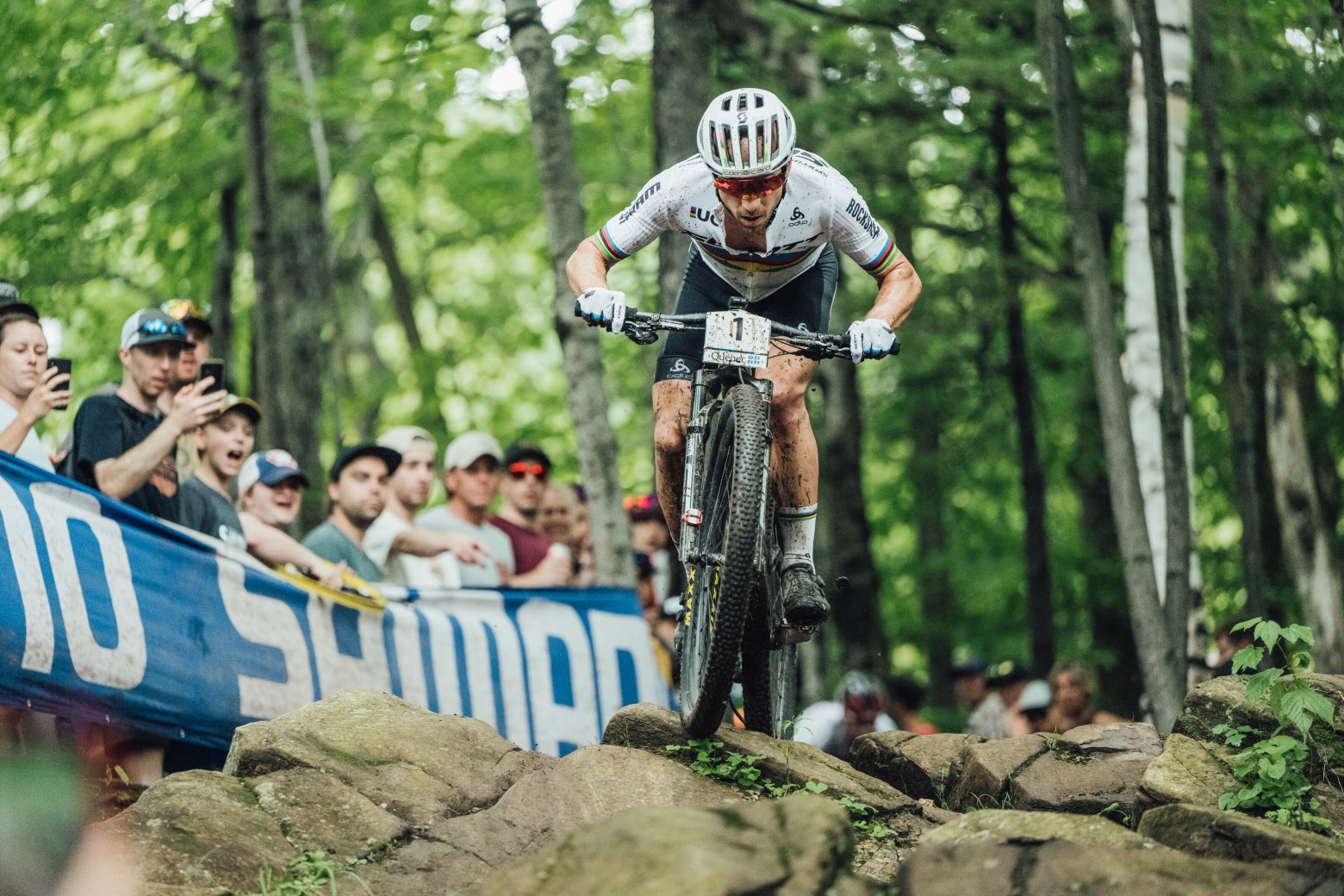 The Spanish David Valero is doing in 2022 the best season of his sporting career, and after his victory in Snowshoe and the silver medal in the World Championship, he will surely go out in Val Di Sole determined to win. In addition, it is given the circumstance that he could win the overall classification of the World Cup, so surely he puts everything on his side for that to happen. 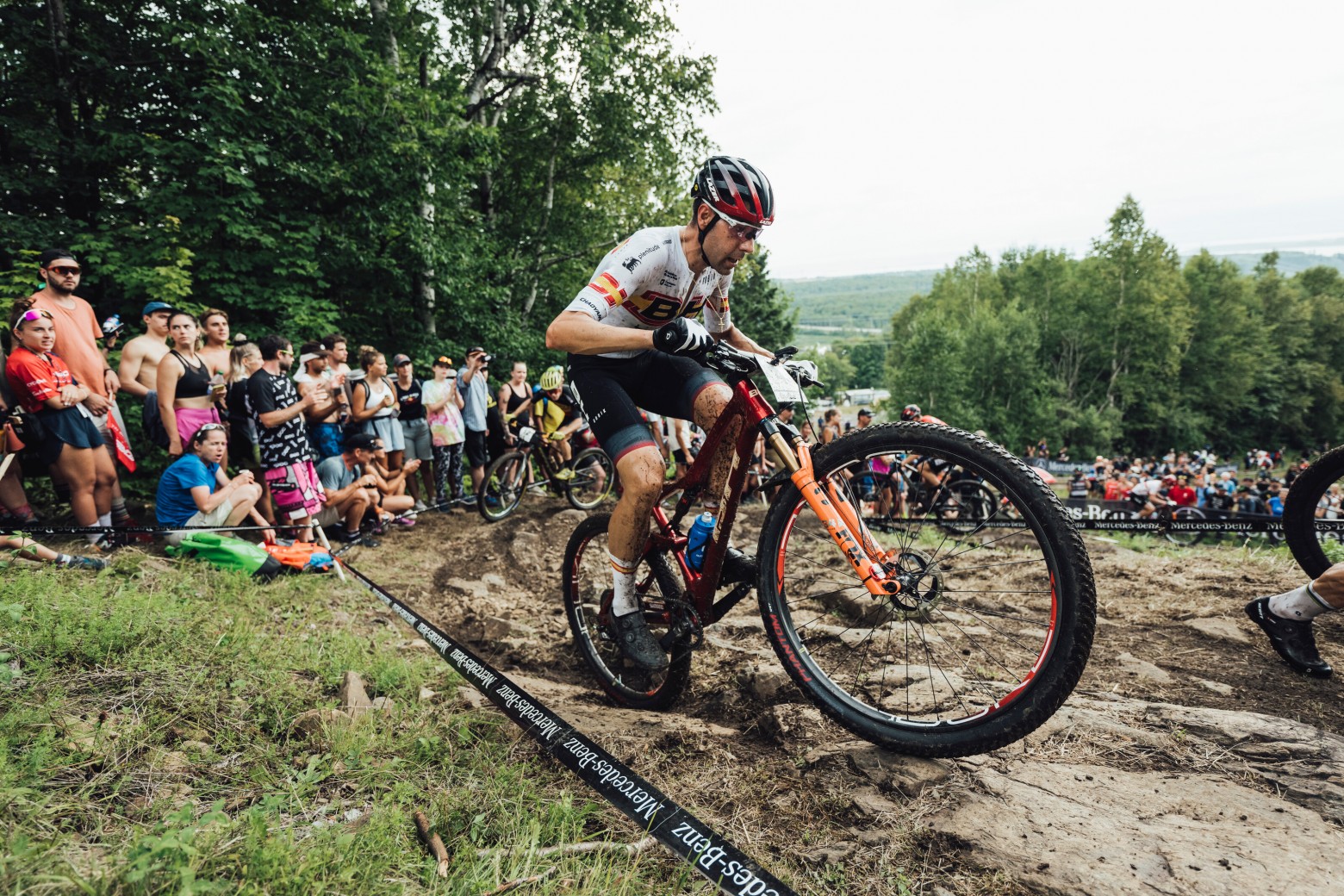 But being the last race of the World Cup has great attractions for many, and while for Luca Braidot winning in his country would be a gold medal for the spectacular season he is having, for Vlad Dascalu it would be almost a divine justice after being one of the best riders of the year and having deserved a victory in most of the races he has raced.

We cannot forget either the authority with which the Frenchman Titouan Carod won in Canada, so it would not be surprising to see him impose his pace again in Val Di Sole to break the race from the start.