2022 UCI Road World Championships in Australia: schedules, favorites and how to watch it

The fight for the different rainbow jerseys is one of the most exciting moments of the season. Here you can find all the information so that you don't miss a single detail of the 2022 Road World Championships to be held in the Australian town of Wollongong. 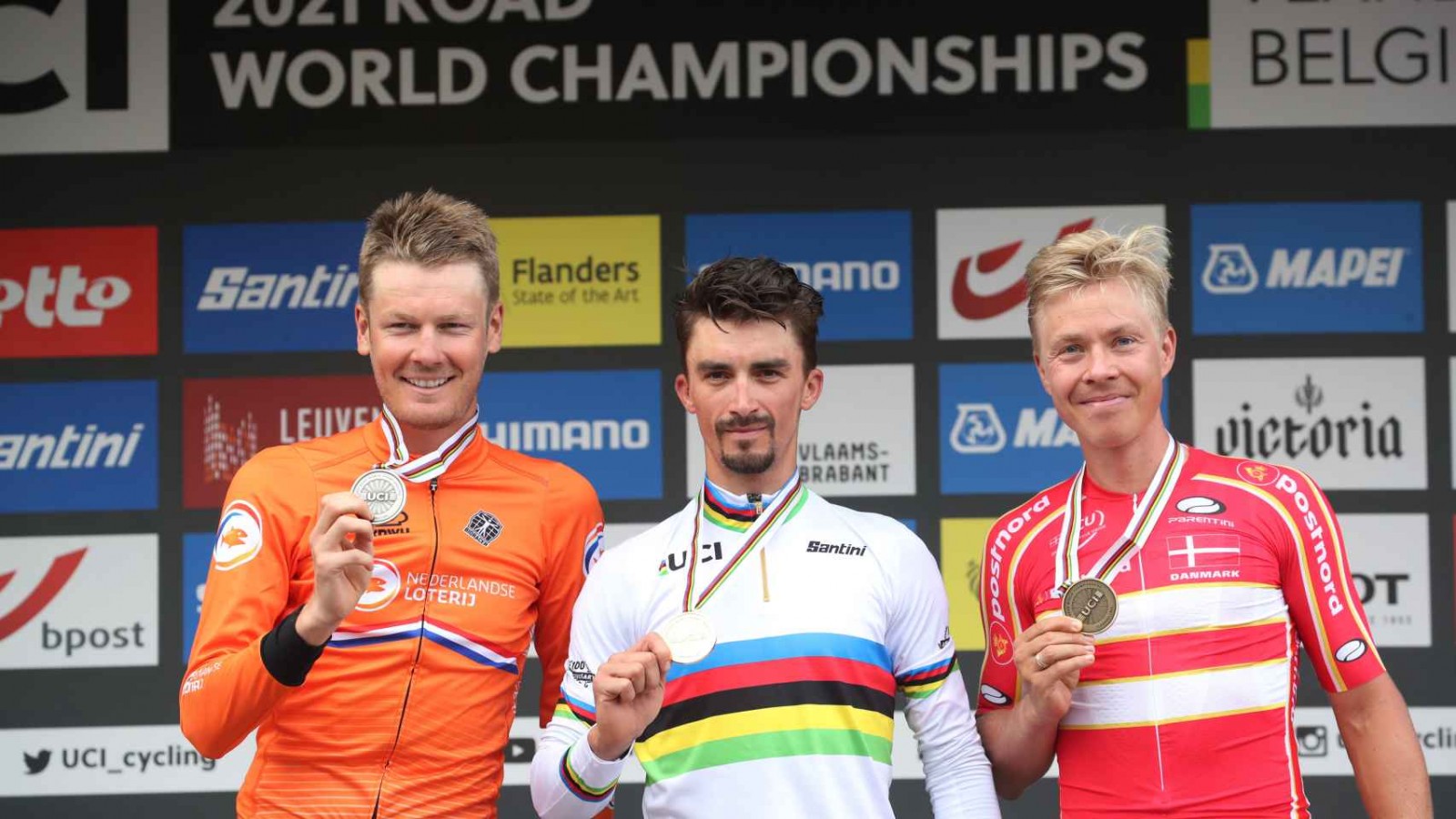 The week of September 18-25, the Road World Championships will take place in the city of Wollongong, in the Australian state of New South Wales, just 80 kilometers south of Sydney. Next to the Grand Tours, the most prestigious triumph a professional cyclist can achieve.

In addition to the main event, the Elite Men's World Cycling Championship, the rainbow jerseys will also be in play in the junior and U23 categories for both men and women.

Prior to the road races, the time trial titles of the different categories will be contested in addition to the peculiar mixed relay team time trial introduced in 2019 in which each country competes with a team made up of 3 men and 3 women, each of them performing their time trial against the clock by adding the time of both participations. 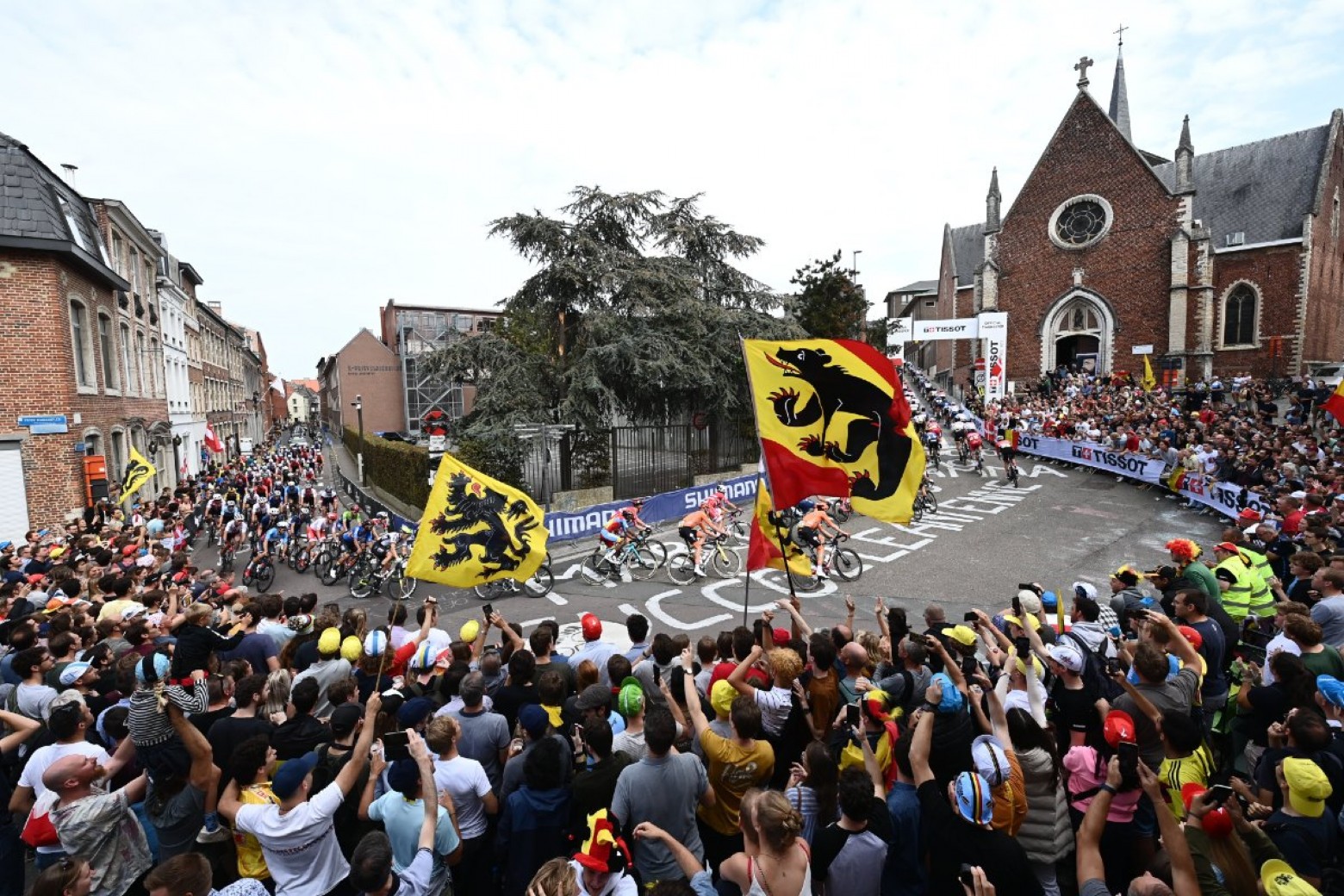 The celebration of this World Championship in Australia has not escaped from the controversy of the UCI points, and there are many who have criticized that this event, which is disputed in the field of national teams, provides a good amount of points, in the case of the road race, almost as many as winning the overall of the Giro or La Vuelta. These points have an impact on the team of the cyclist who wins them, affecting the fight to avoid relegation from the World Tour category.

On the other hand, voices like the one of national coach Pascual Montparler have been raised criticizing that the teams involved in the fight for the relegation, among them Movistar Team, have considered reserving their main riders, avoiding them the long trip to Australia and the consequences of such a time difference, facing the races at the end of the season, with events such as Il Lombardia and the Italian classics that precede the last monument as a good source of points.

At the moment, Caleb Ewan will not be part of the Aussie team at the World Championship in Australia, neither will other key players of the Spanish national team such as Alejandro Valverde, Iván García Cortina or Alex Aranburu.

The route of this World Championship in Australia avoids specificities such as the mountainous layout of Insbruck or the cobblestones of last year in Flanders and defines a route that could be described as very much in the style of the World Championships.

In the case of the Elite Men's race, the cyclists will have to cover 266.9 km with a accumulated elevation gain of 3,945 m in a race that will start in the town of Helensburgh, North of Wollongong. An initial stretch of 27 km, along the coast, will take them back to the venue of this 2022 Road World Championships to face a loop in which Mount Keira is climbed, an uphill of 8.7 km with a very hard first part but then stabilizes its gradient at around 5%. 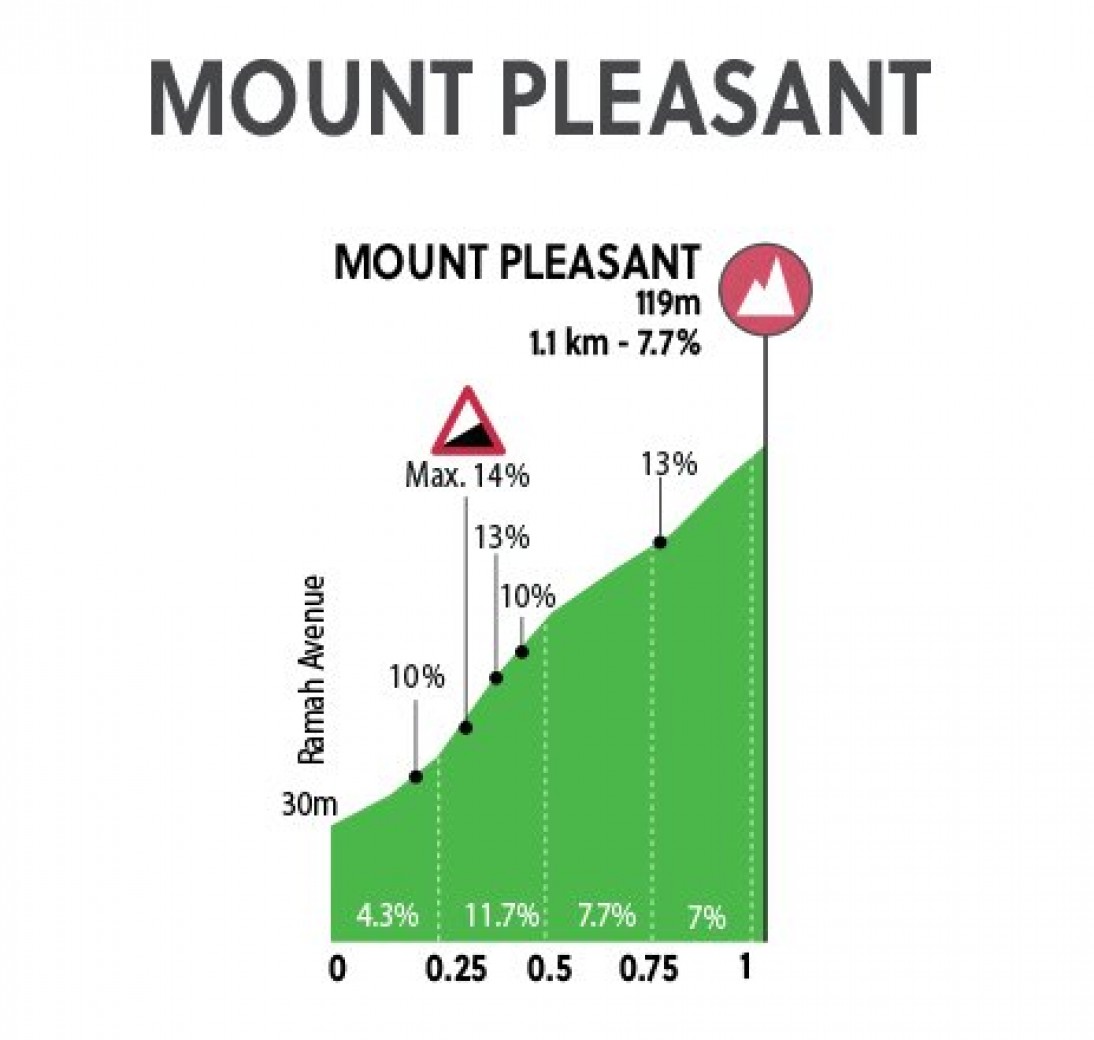 After crowning it, the cyclists will return to Wollongong to enter the final circuit to be completed in 12 laps. A 17.1 km long cycling through the interior of the city that includes as the only difficulty Mount Pleasant, a 1.1 km climb at 7.7% average gradient but with ramps that reach 13%, a real wall that should be the turning point for the dispute of this World Championship in Australia.

Despite the aforementioned issue of the impact that UCI points may have on the participation in this World Championships, the line-up that will come to Wollongong to compete in the 2022 World Cycling Championships will be outstanding.

Names like Wout Van Aert, Julian Alaphilippe who will try to revalidate the title, Mathieu Van der Poel who we do not know if he has managed to regain his pedal stroke after the abandonment of the Tour de France or the revelation of the season, the Eritrean Biniam Girmay. 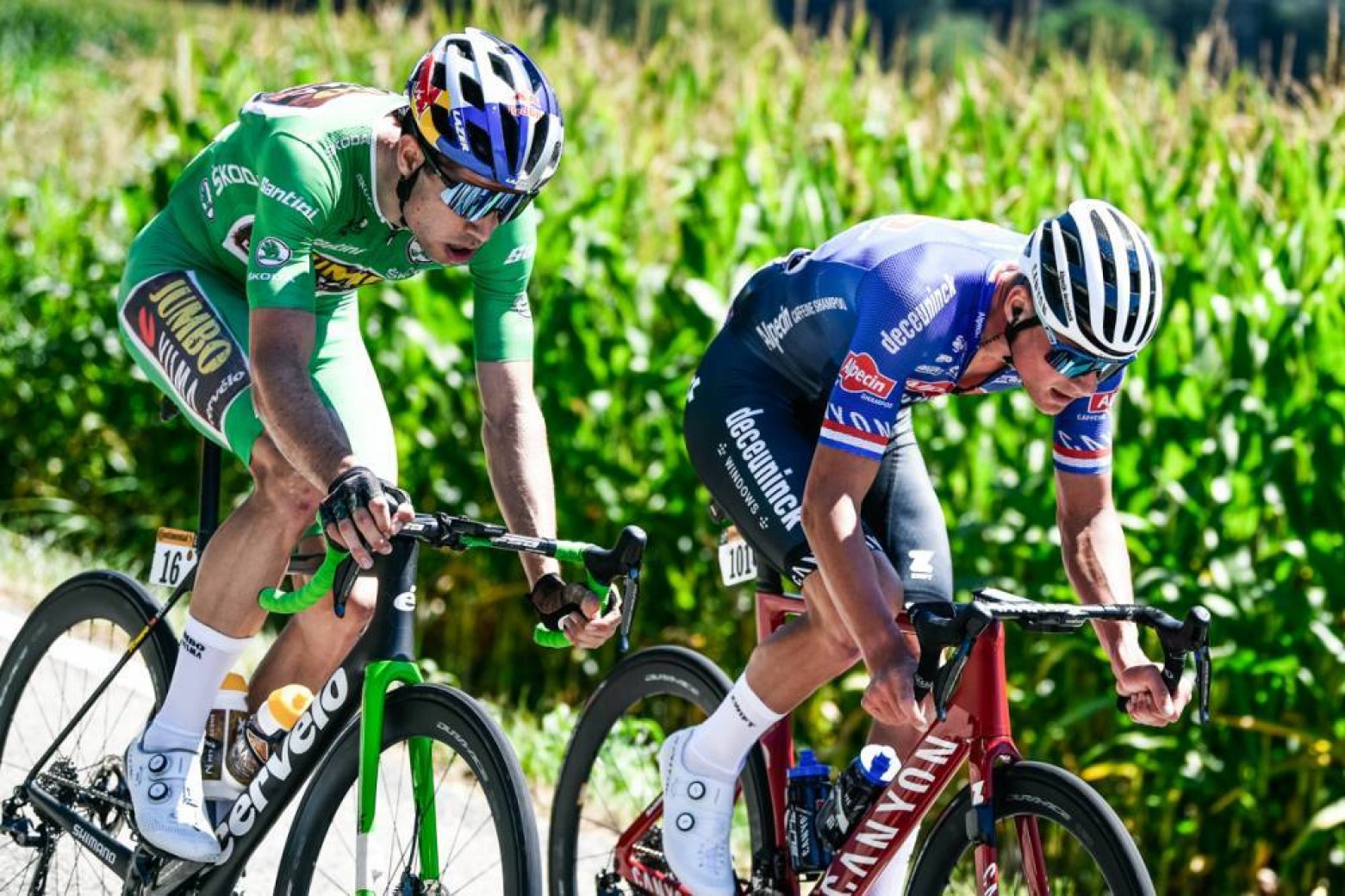 We cannot forget either Tadej Pogacar, who already proved during the spring that he can perform at 100% on a classics-style course, or the brand new winner of La Vuelta, Remco Evenepoel.

Who will certainly not take part in the 2022 Road World Championships is former World Champion Mads Pedersen despite having been one of the best riders in La Vuelta, where he has managed to win the green jersey. However, the Dane declared that the World Championships was not in his plans, pointing out that there is life beyond cycling to reaffirm his resignation.

We also have to add among the illustrious absences names like Tom Pidcock, after not having achieved his best performances in the MTB World Championships; or Primoz Roglic who is still recovering from the injuries suffered in his crash in La Vuelta. 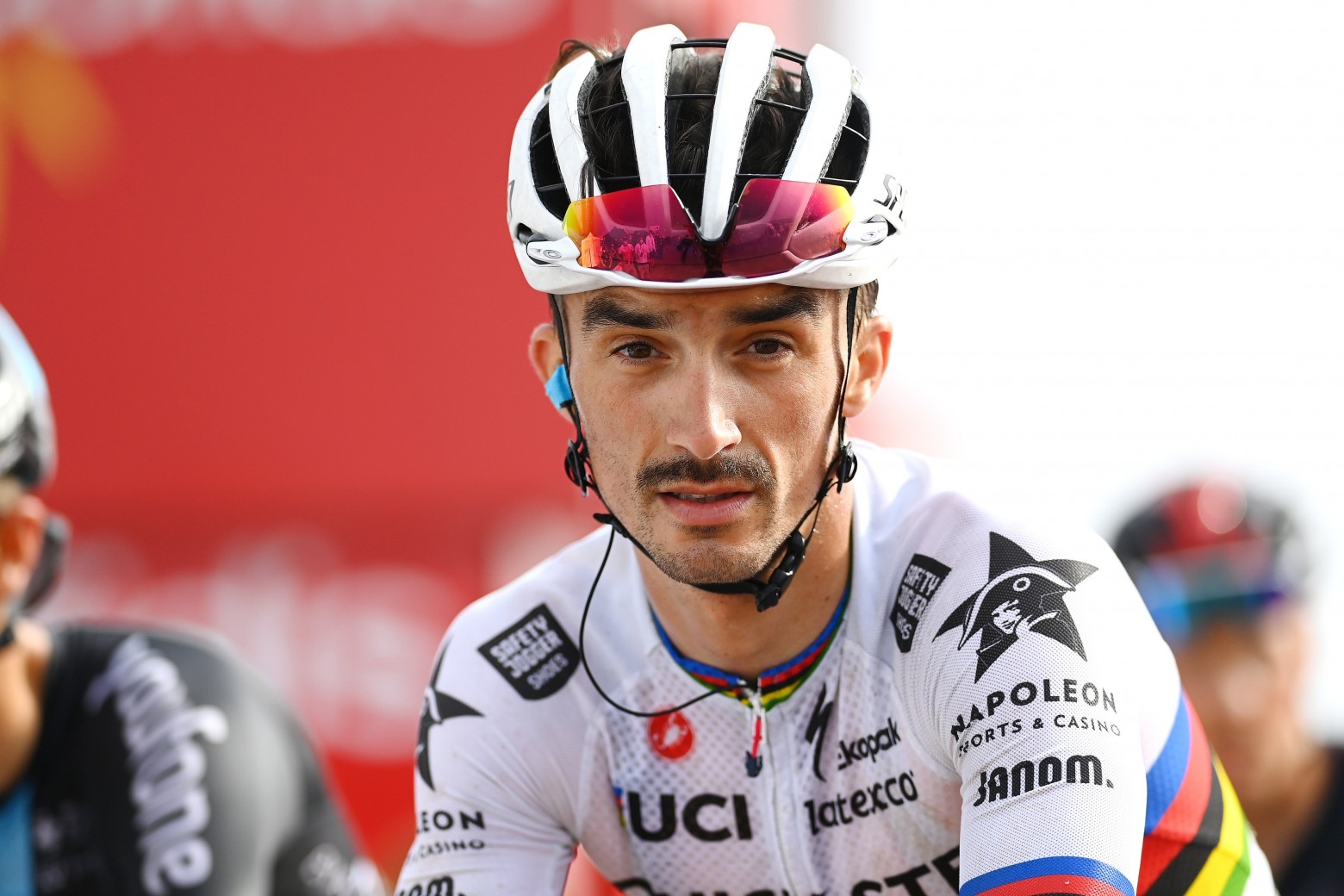 The Frenchman arrives at the World Championship in Australia with big doubts after the crash suffered during La Vuelta that forced him to abandon the race and spend several days in the dry dock. This is one more stone in a bad season for Alaphilippe after the crashes in Strade Bianche and Liège-Bastogne-Liège that have prevented him from performing at his best level throughout the season. However, the World Championship is a special event in which the Frenchman rises to the occasion. Winning a third title is a good motivation. 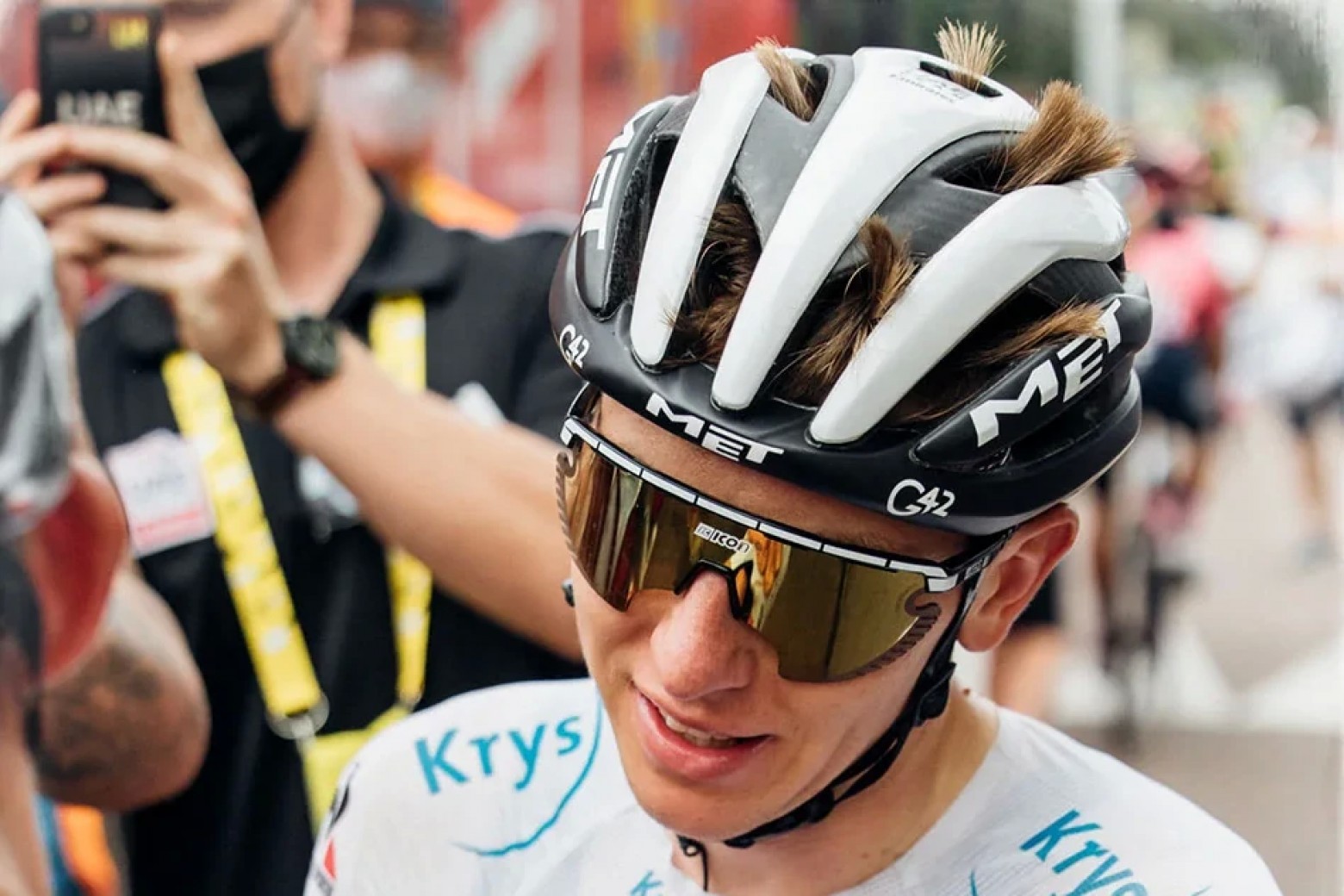 The Slovenian had not appeared on the roads after finishing second in the Tour de France. However, his comeback could not have been more spectacular, putting fear into everyone with a spectacular victory last Sunday at the GP Montreal, a 221-kilometer race decided by sprint in a select group and where he managed to beat a rider of the stature of Wout Van Aert on his own terrain. 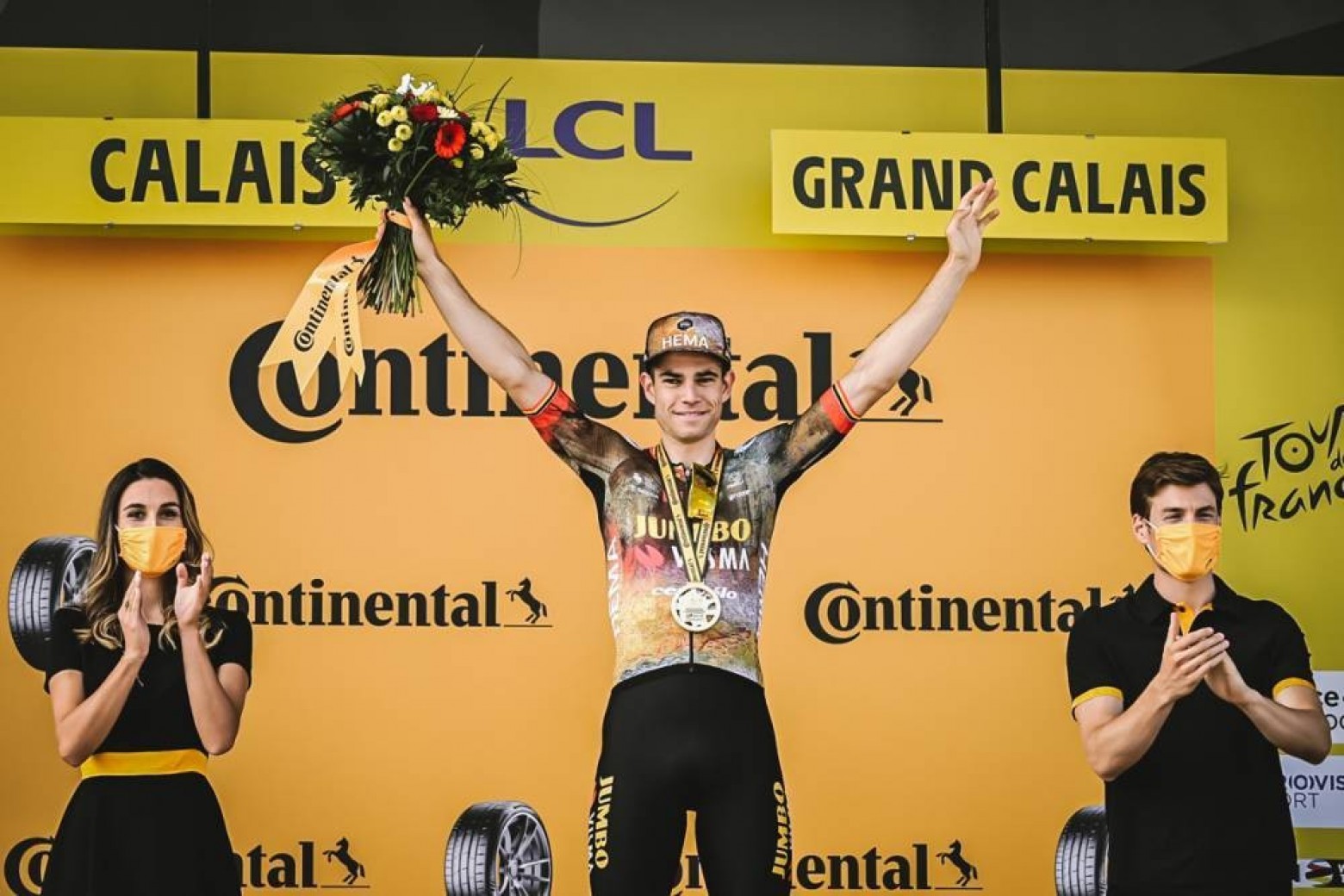 Belgium is presenting a truly outstanding selection in this World Championship in Wollongong and any of the 8 riders is a possible winner, so the question remains whether they will be able to function as a team for Wout Van Aert, who starts as leader of the team. The Belgian's season can only be described as excellent, so wearing the rainbow would be the icing on the cake to close an unforgettable year. 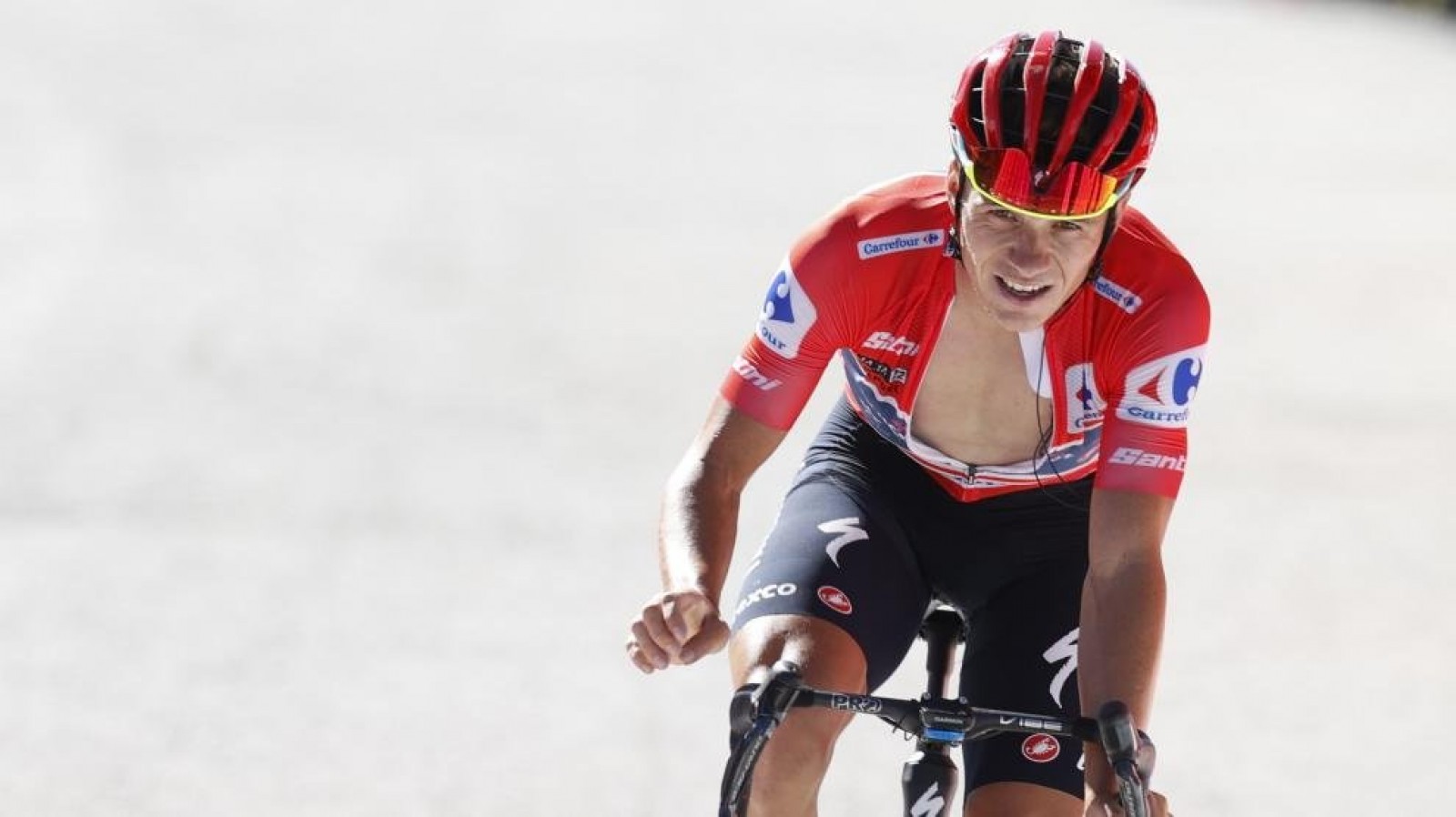 The recent winner of La Vuelta comes to Australia with his homework done after a year of selected victories with the exhibitions in Liège-Bastogne-Liège and Clásica de San Sebastian and a Spanish round in which he has been unrivaled. Although in Wollongong his main objective will be the time trial, he will start as plan B of the Belgian team in the road race where he has to be a destabilizing element that should not be discarded in order to win depending on the circumstances of the race. 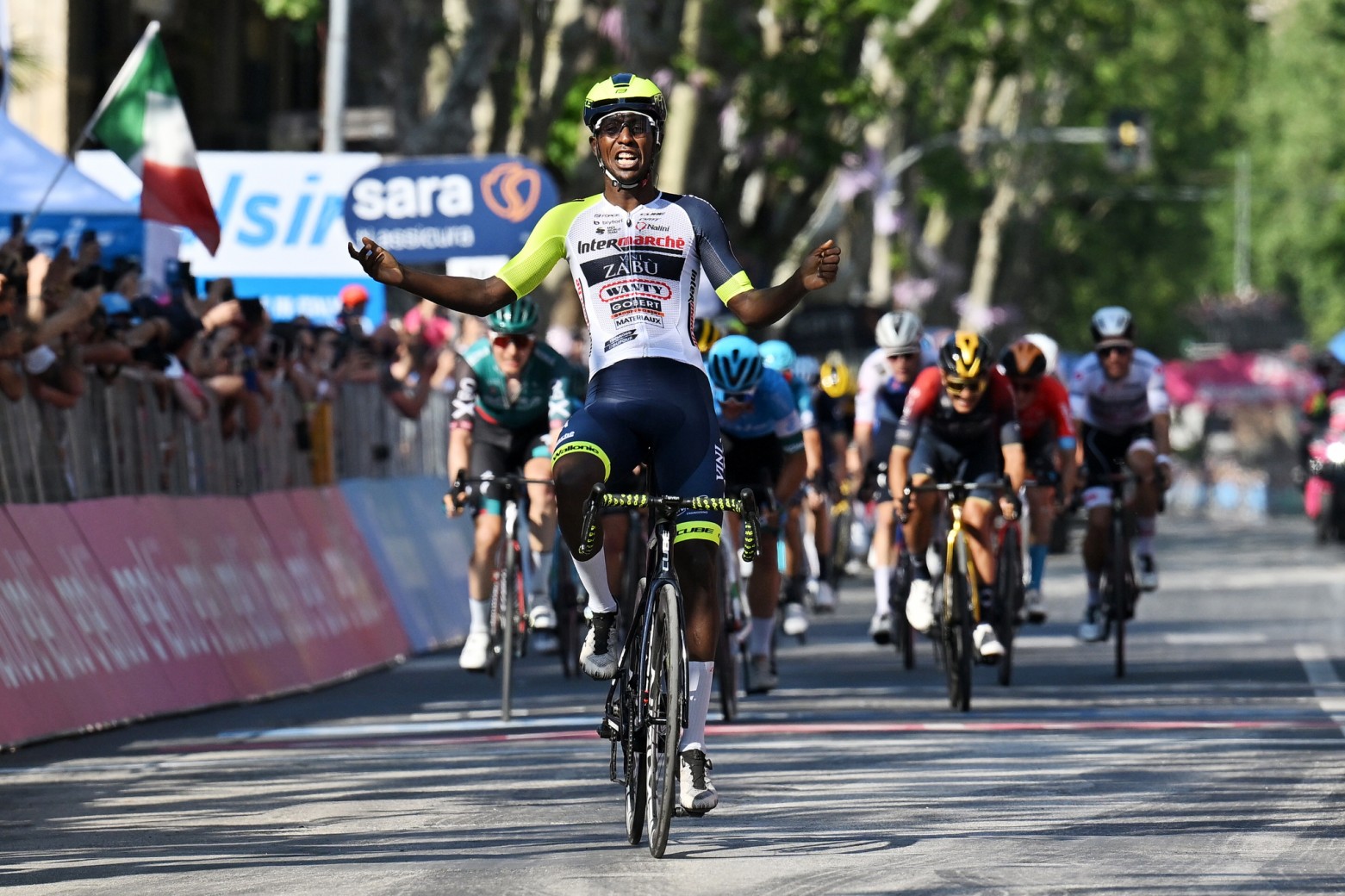 The young Eritrean rider was one of the revelations of last spring, a role that was crowned with the first victory by an African rider in the Giro d'Italia. Although he hasn't ridden much since his withdrawal from the Corsa Rosa, the Road World Championships is one of his goals for the season and if he can show the form he showed a few months ago, the Wollongong course is perfectly suited to his characteristics.

The Road World Championship offers us a week full of competitions in all categories. These are the schedules and dates of the different races so that you don't miss any of them. On this occasion, as the World Championship will be held in Australia, the time difference will force us to be in front of the TV at unearthly hours if we want to follow the competitions live.