Frenchman Titouan Carod has signed his first perfect weekend by taking the victory in the XCO World Cup Val di Sole 2022 after winning the Short Track race on Friday. Switzerland's Nino Schurter wins the overall World Cup classification, the eighth time he has done so.

With many things at stake and the general classification very open, up to 5 riders had options to win it, started the XCO race of Val di Sole.

As he did on Friday in the Short Track, South African Alan Hatherly again took the lead during the initial loop, the race would be 6 laps. But soon Frenchman Titouan Carod, racing the new BMC Fourstroke prototype, launched an attack and managed to gain a small lead.

During lap two, the leading trio of Titouan Carod, Alan Hatherly and Jordan Sarrou consolidated. Meanwhile, Nino Schurter was fourth about 15 seconds behind in a group formed by Swiss Albin Vital and Italian Luca Braidot.

Looking at the overall, the news was not good for Spaniard David Valero, who on lap 2 was in 18th position. Valero had a chance to win the overall classification, but for that he had to win the race and Nino Schurter had to finish behind in 8th position.

Before the end of lap 2, the race had an important movement when Carod attacked again to take the lead alone while Schurter and Luca Braidot made contact with the group of Sarrou and Hatherly.

Carod's gap with the chasing group was 34 seconds on lap 4, which still left the door open to an intense end of the race. Behind, David Valero was making his umpteenth comeback and with 2 laps to go he was in seventh position.

The final lap started with Carod 41 seconds ahead of his first pursuers, Nino Schurter and Jordan Sarrou, but the World Champion didn't wait for the final meters and attacked at the start of the lap to drop Sarrou and try to catch Carod.

When it looked like Nino Schurter was going to settle for second place and secure his overall victory, the Swiss made one last attempt to challenge for his desired 34th victory, but he still had to make up more than half a minute on Carod, who was leading the race.

Schurter tried until the last moment, but the Frenchman Carod also did his part to avoid being overtaken and pushed the pace to reach the finish line alone. 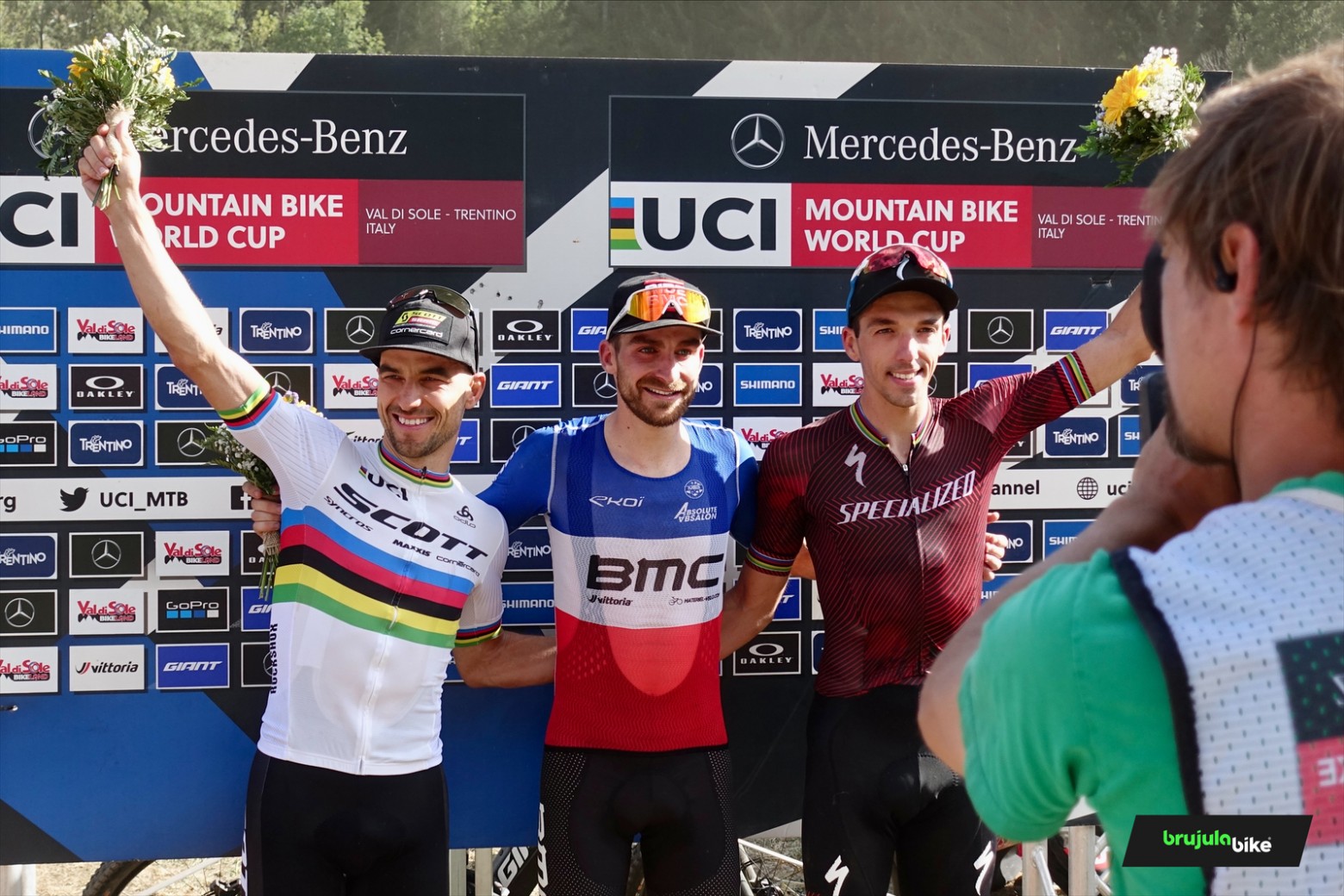