The first men's event of the 2022 XCO World Cup has left us with an interesting race that few could have imagined. A race in which Nino Schurter, after 3 years without winning one, has just become the XCO rider with more World Cup victories, together with Julien Absalon.

The first kilometres of the Petrópolis circuit run on a very narrow course, which made for a very fast start for the favourites. Czech rider Ondrej Cink took charge of this and started with a very high pace that stretched out the leading group on the first lap. 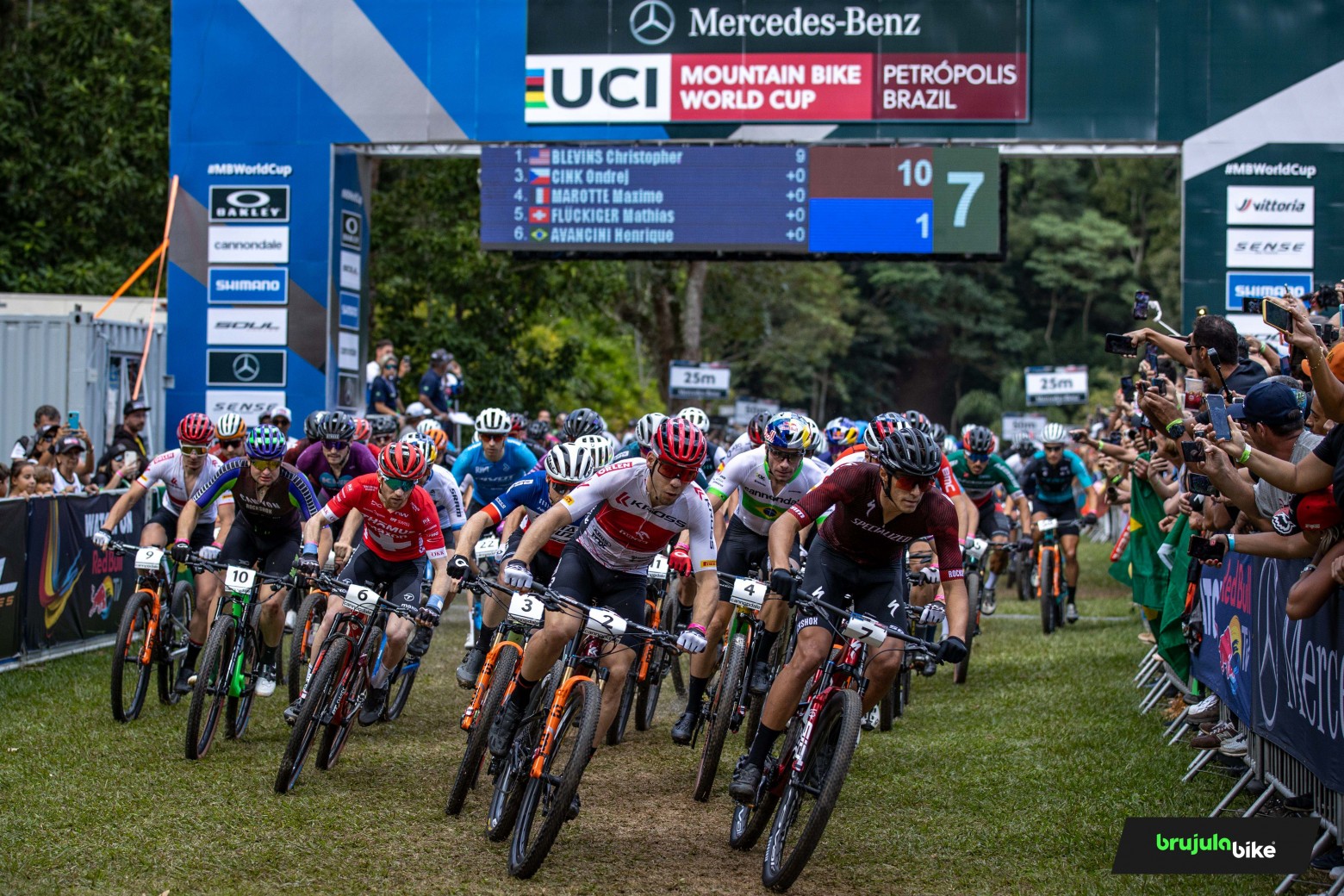 Despite this, there were no big gaps and Avancini, Cink, Hatherly, Schurter, Litscher and Blevins were practically together at the head of the race. 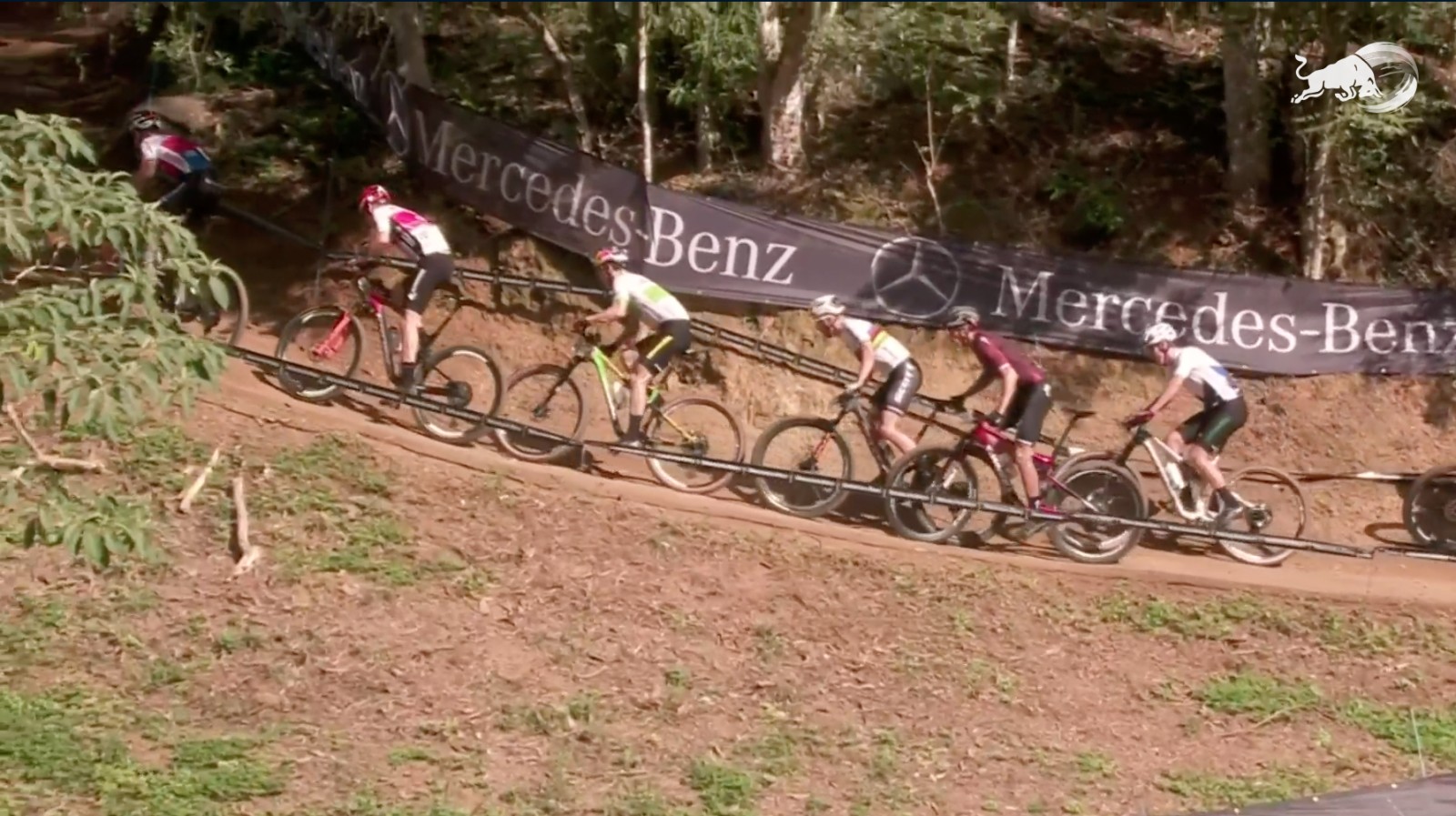 Czech rider Ondrej Cink changed pace a few more times during the first lap, but it wasn't until Nino Schurter decided to attack on lap two that we saw the first significant gap. Nino seemed keen to take the race up a level, but still the chasing group caught up with him at the start of lap 3 and the whole group was compacting again.

South African Alan Hatherly, winner of the Short Track on Friday, took over from Schurter and along with the World Champion, Vlad Dascalu, Maxime Marotte and Henrique Avancini, formed a group that this time really broke the race. 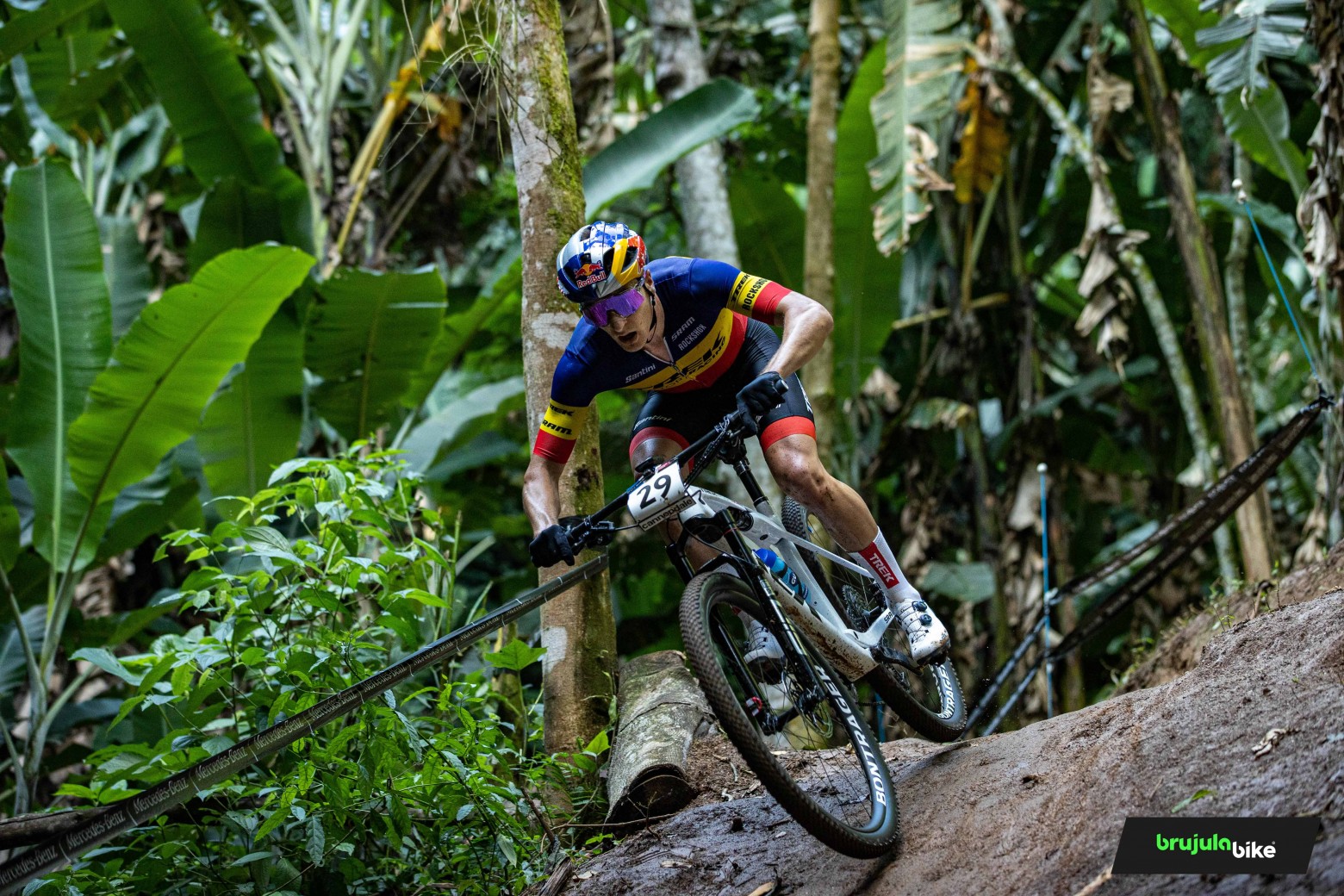 By lap 4 many riders were paying for the high pace that Ondrej Cink had set at the start of the race and the positions were constantly changing. Hatherly slipped to fifth, while Maxime Marotte took the lead. Dascalu and Schurter were the only ones holding firm in second and third positions.

It is worth remembering that Vlad Dascalu broke his chain right at the start of the Short Track, which put him in a very late starting position in the XCO and he had to overtake quite a few riders to get to the head of the race. 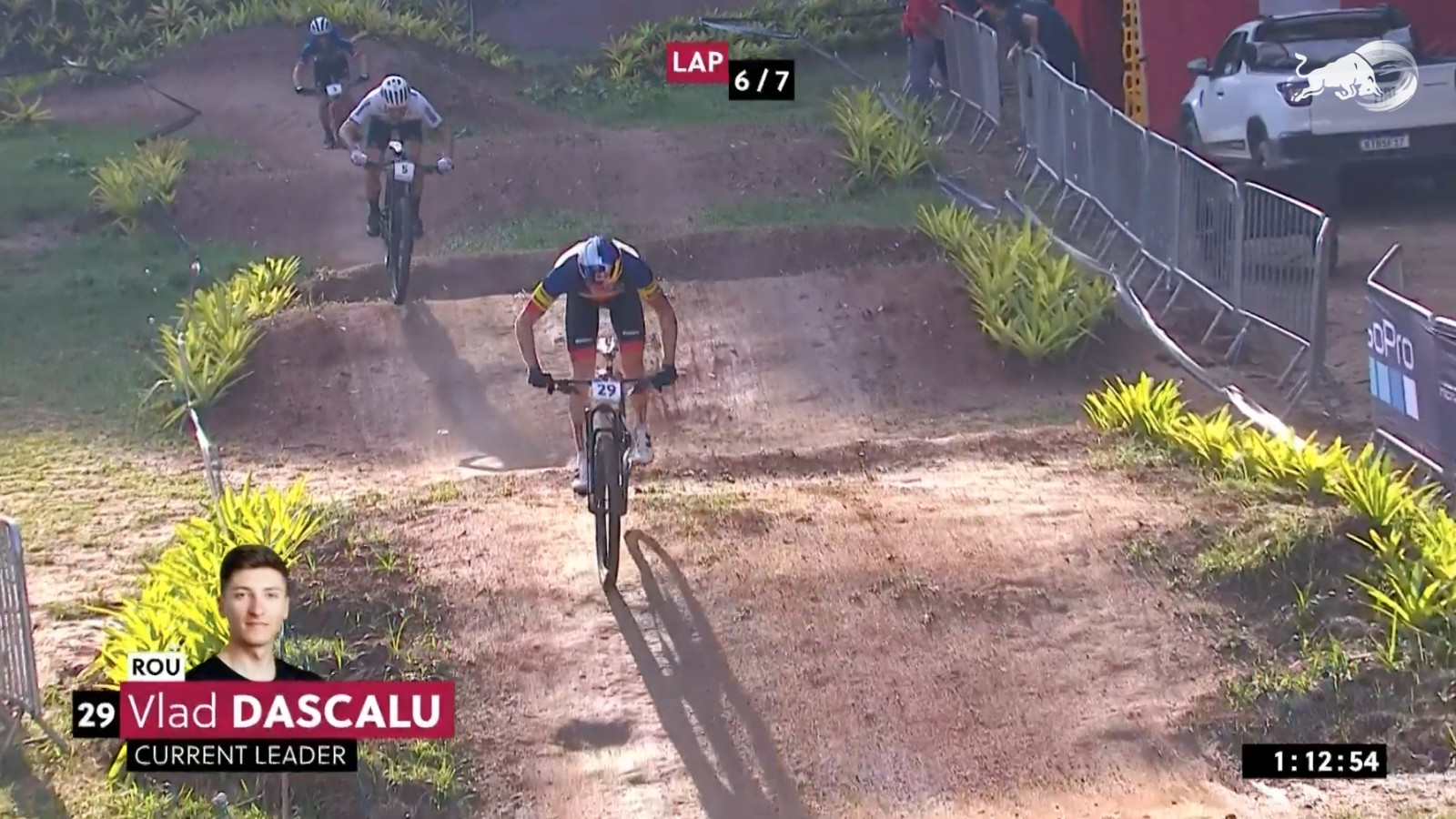 At the start of the penultimate lap there was already a 40-second gap between the leading trio (Dascalu, Schurter and Marotte) and the chasing group (Filippo Colombo and Henrique Avancini). Everything was still to be decided and just at this moment the race seemed to take a short break, the pace was high but constant.

The final lap bell rang for the top three and the attacks began to follow one after the other. Maxime Marotte jumped from the tail of the first group to take the lead, but it seemed impossible to drop Schurter and Dascalu. Once again it was going to be a heart-stopping finish. 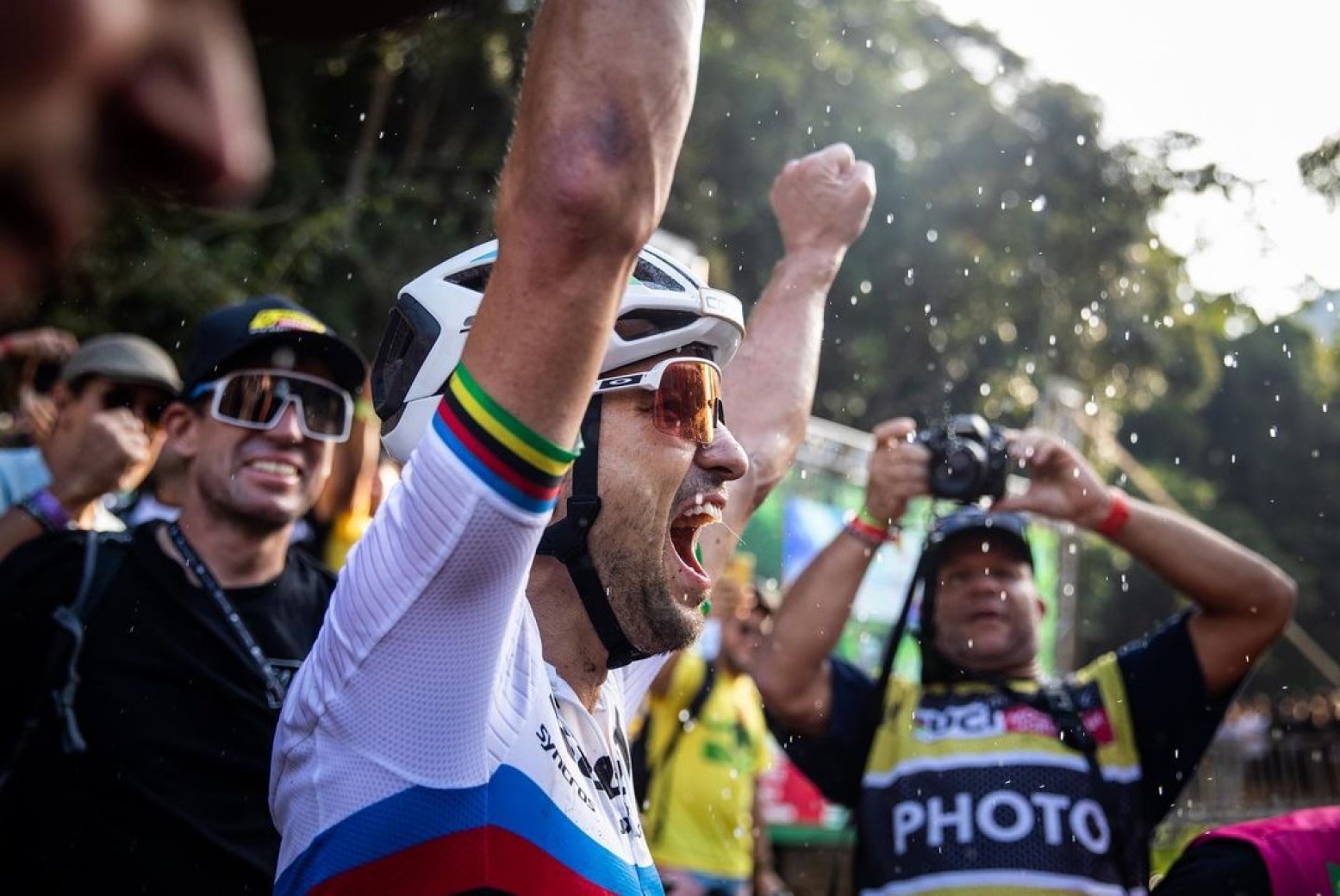 Nino took the lead with half a lap to go with an attack at a pace that didn't let anyone off the front but allowed the Swiss to position himself well for the final part of the race. Maxime Marotte tried, but Schurter rode one of the best sprints of his career and took the win. 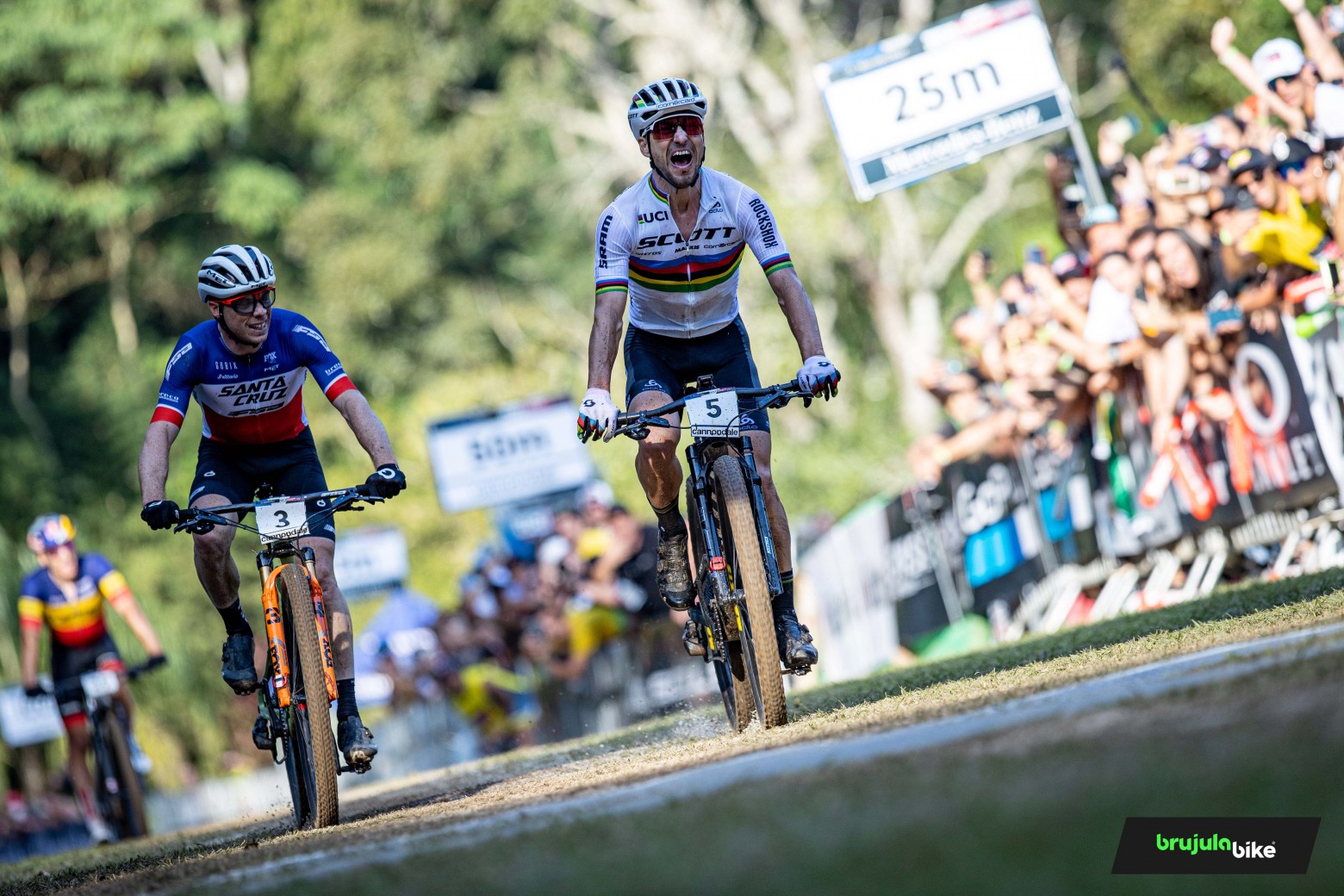 The Frenchman had to settle for second place and Dascalu was third. Sebastian Fini and Filippo Colombo rounded off the podium. 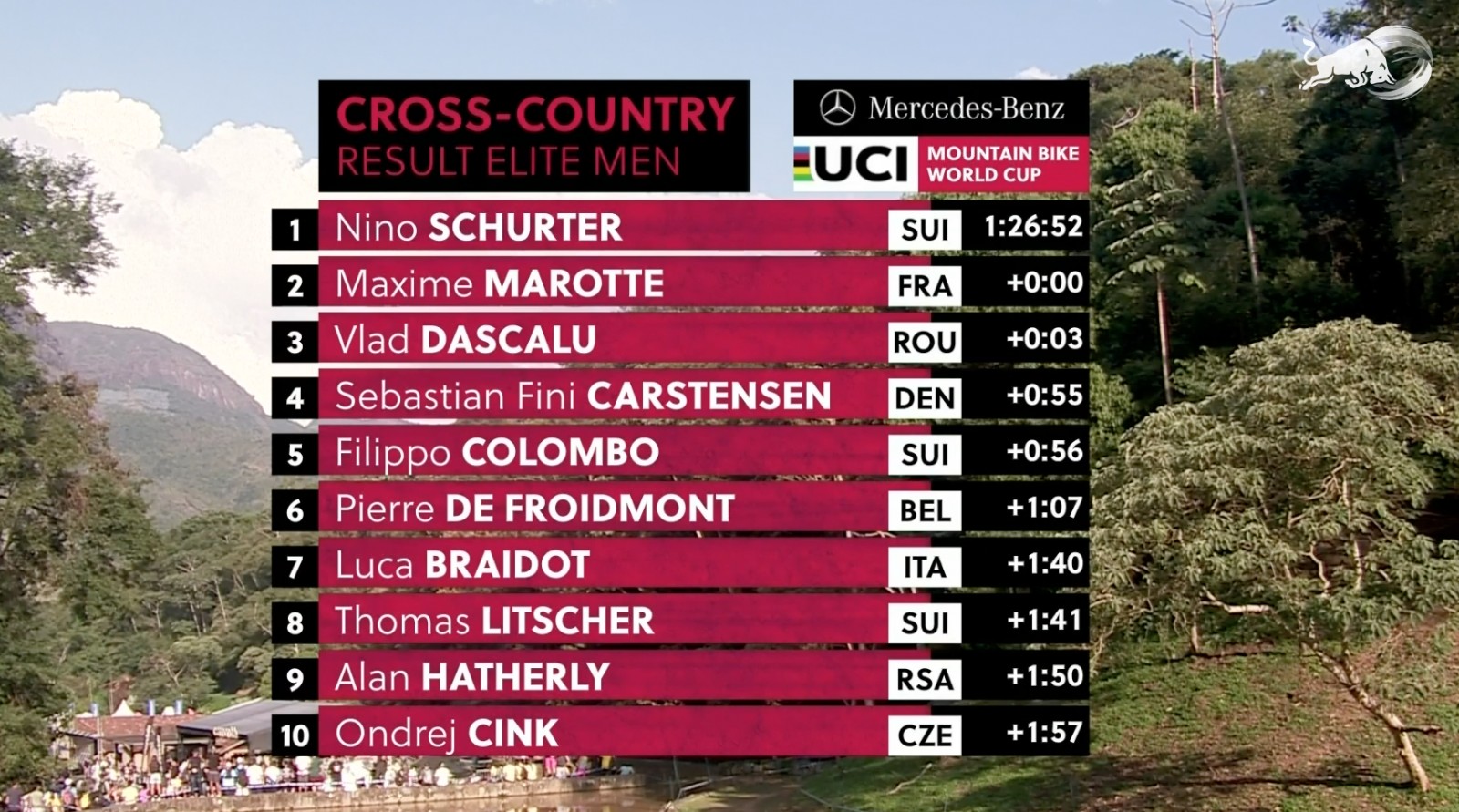 It has taken Nino Schurter 3 years to equal the record number of World Cup victories, since July 2019, and although it was one of his main goals, at times it seemed like it would never come. That's exactly why we could see an emotional Nino Schurter at the end of the race. 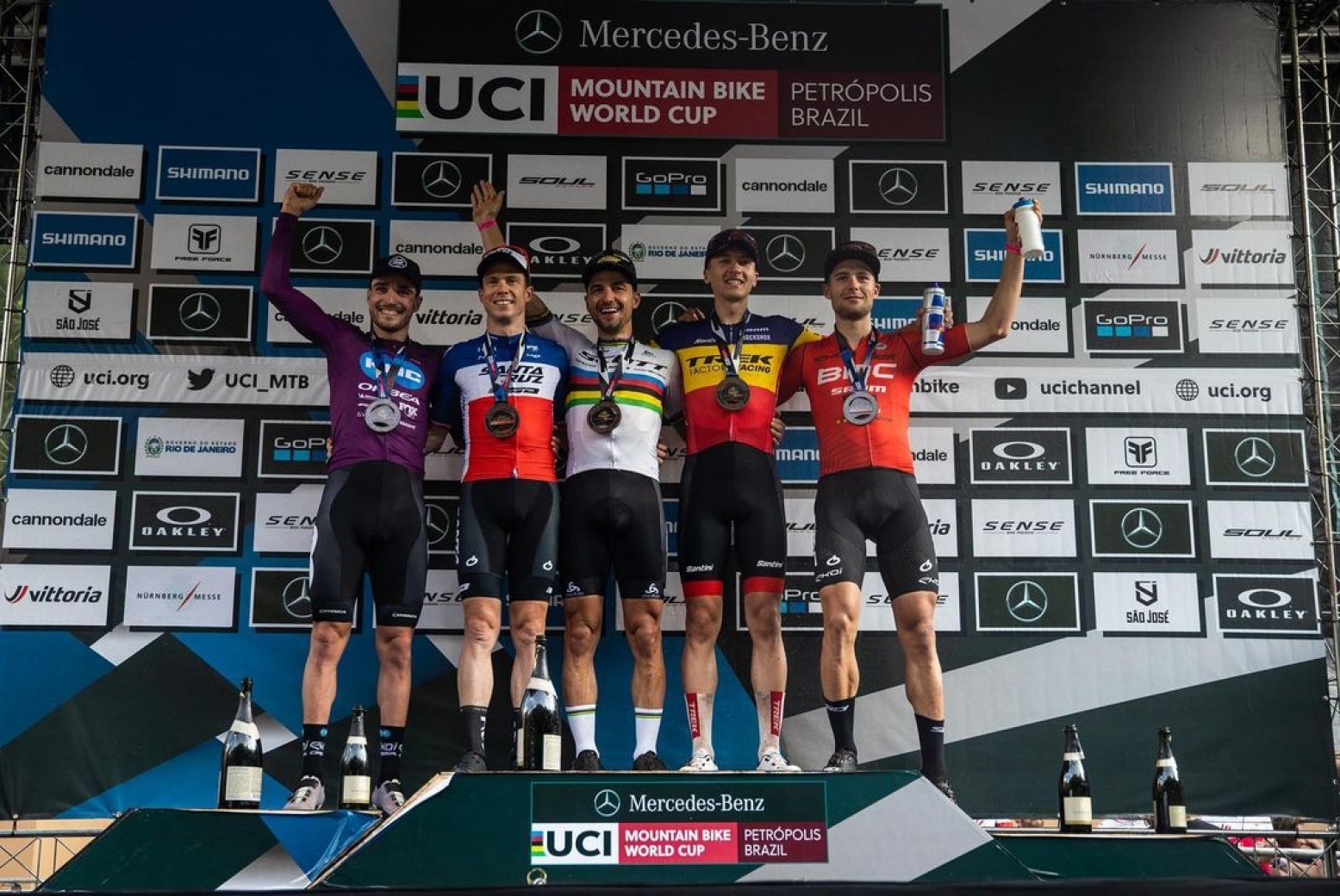 Among the Spanish riders, Pablo Rodríguez had a very good race and managed to finish in 22nd position. Jofre Cullel finished 28th and David Valero, after many problems, finished in 39th position.