With 109 km and 2,400 metres of elevation gain, the fifth stage of the Cape Epic 2022 was the last stage with such a long course, which meant one of the last chances to make big changes in the general classification.

The kilometres are accumulating at the Cape Epic, but that doesn't seem to stop the fast starts and on stage 5 it was the overall leaders themselves, the Canyon Northwave, who were in charge of imposing a very high pace from the start of the day.

From then on, the first part of the stage was somewhat convulsive with an attack by Speed Company Racing that finally came to nothing, a hard crash by Lars Forster when Schurter was trying to take the lead of the first group and a change of pace by Imbuko Type Dev that allowed them to finally open up a gap and take the lead with almost 3 minutes of advantage over the rest of the riders.

With 30 kilometres to go, Imbuko Type Dev was still in the lead, with a large group 3:30 minutes behind, where the tension was much greater. In the chasing group we found the first three in the general classification (Canyon Northwave, Toyota-Specialized and Speed Company Racing) controlling themselves and with the calculator focused on the overall standings. But the big surprise of the day was being given by the national pair of Cannondale TB - Protour where Roberto Bou and Alberto Losada were leading the group with the idea of trying to dispute the stage. 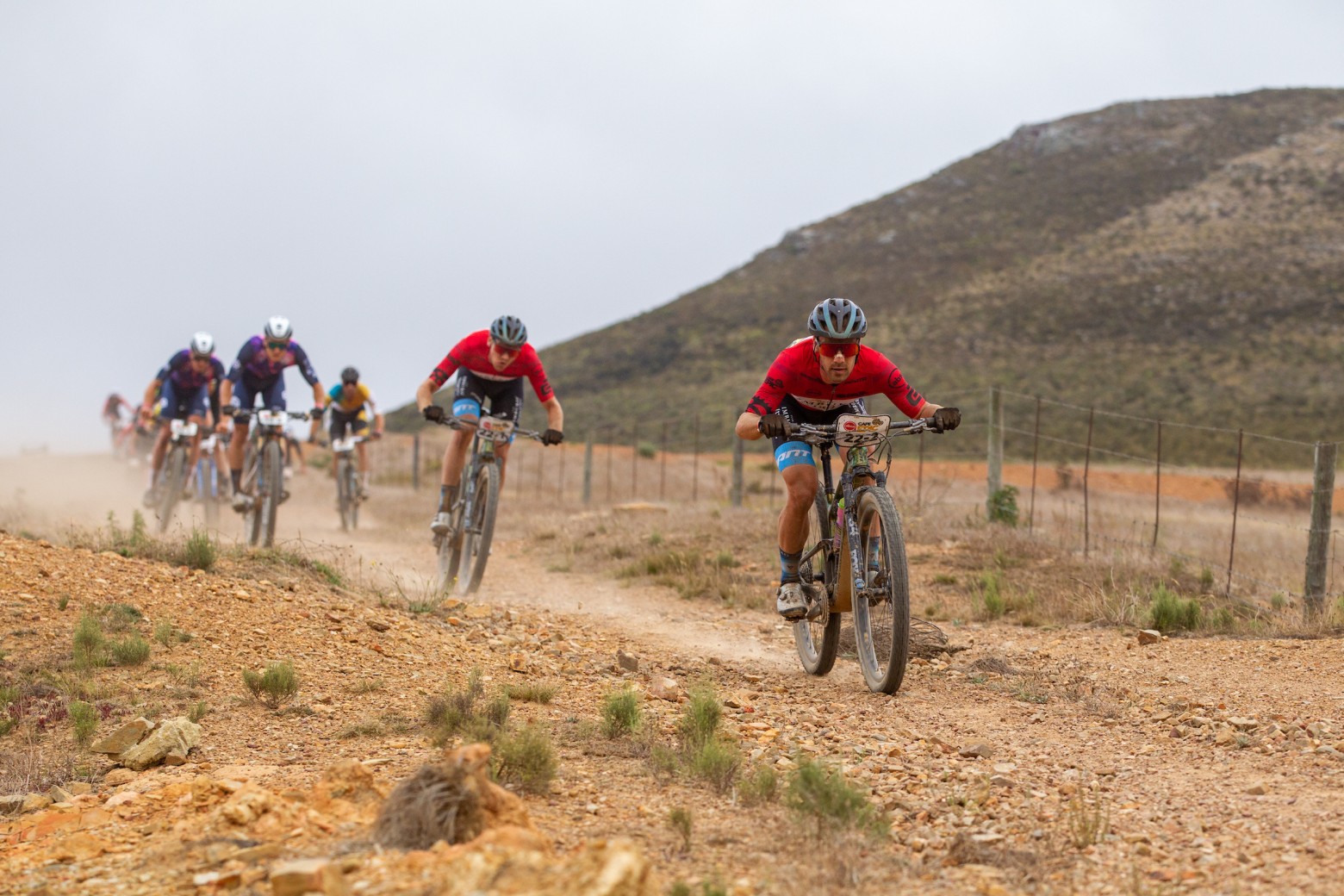 Among the pairs that were suffering the most in stage 5 were SCOTT SRAM who were fighting to cut a considerable amount of time lost due to Forster's crash and that could leave them out of the Top 10. SCOTT Cala Bandida had serious problems at the start and fell behind position 30, or the BUFF Megamo of Hans Becking and José Días who could not connect with the first group and their fight now was to try not to get out of the top 5 overall.

In front, Imbuko Type Dev continued to be very solid and no attempt to catch them was successful. Pieter du Toit and Marco Joubert had surely marked this stage in their calendar and they did not fail. The pair of South Africans took the victory with just over 2 minutes ahead of Canyon Northwave. Toyota Ninety One Specialized rounded off the day's podium. 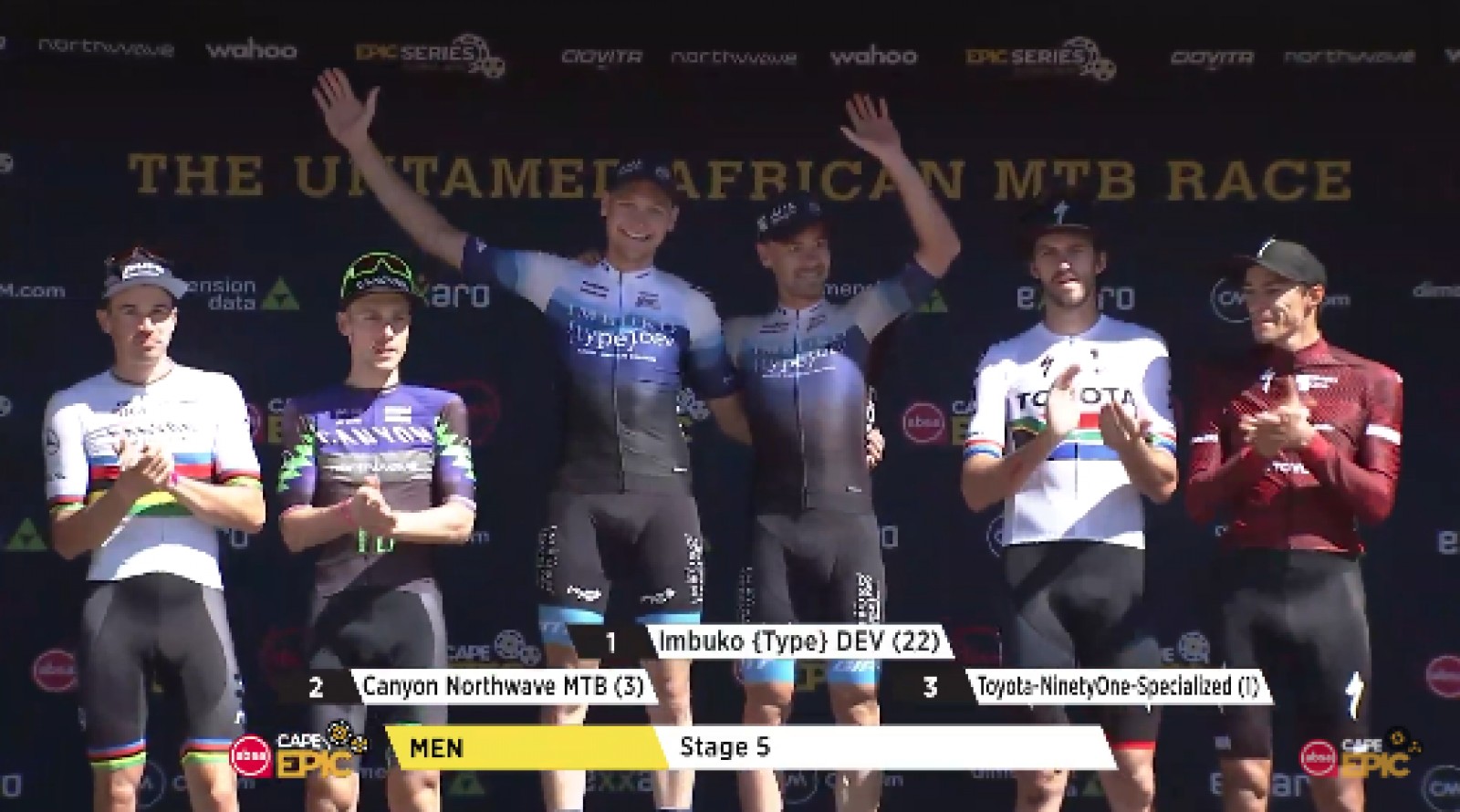 Roberto Bou and Alberto Losada finished sixth after a great performance that they could not complete in the last kilometres.

With this result, the Toyota Ninety One Specialized jumped up in the general classification and moved into second place, almost 7 minutes behind Canyon Northwave.

Haley Batten and Sofia Gomez win and secure the lead

Doubts as to whether BMC MTB Racing would attempt to take the overall lead on stage 5 were soon dispelled. The leading Batten-Gomez pair made an early change of pace that was only joined by Faces Rola, and the two pairs stayed out in front until the end of the stage.

The consistency of Pauline Ferrand Prevot and Robyn de Groot continues to be their weak point this year and after winning yesterday, today they again remained 9 minutes behind the race leaders. 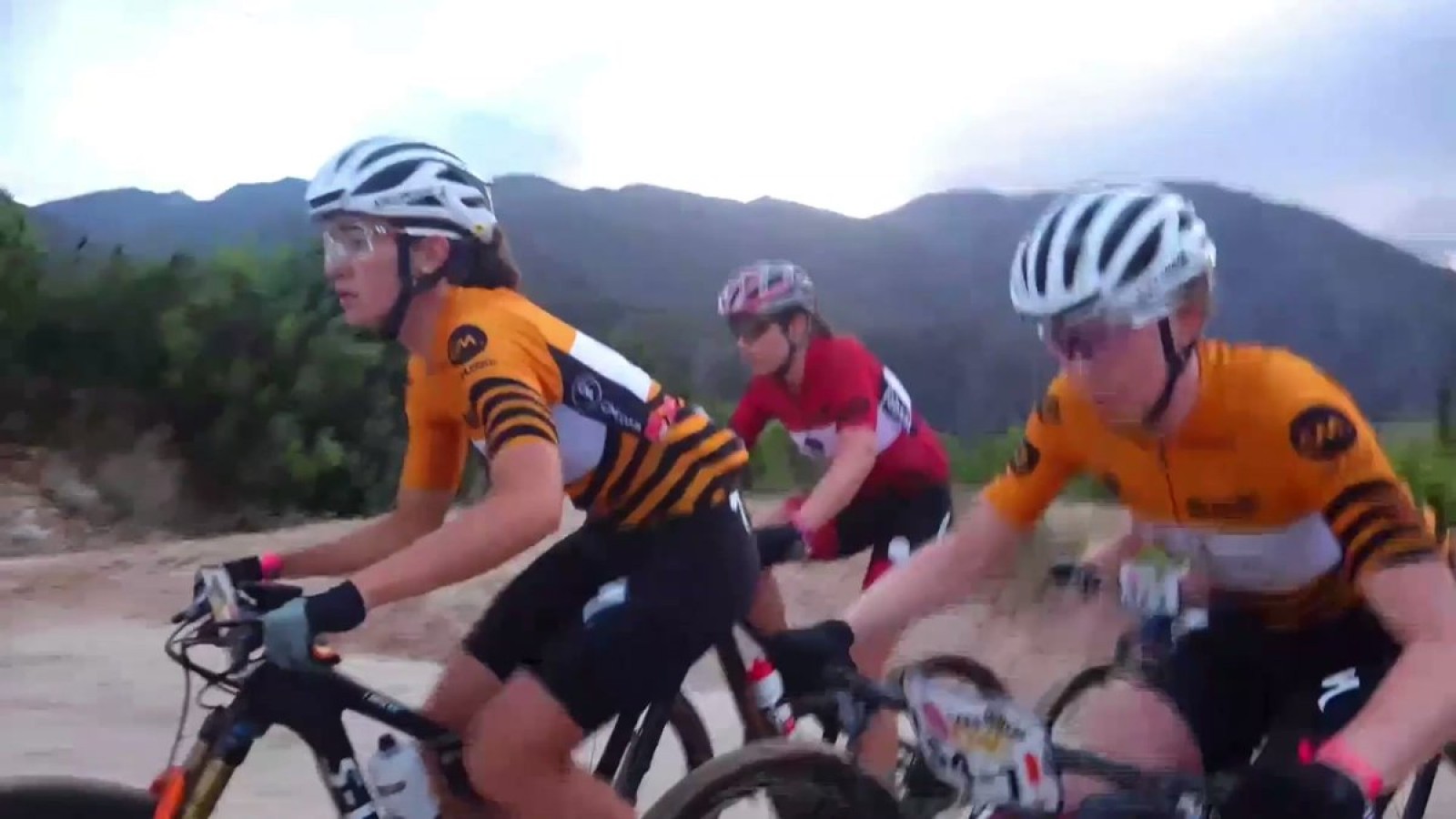 Faces Rola's Candice Lill and Mariske Strauss rode at the front alongside the NinetyOne Songo Specialized pair until the leaders attacked with less than a kilometre to go to take the stage win. Private Client Holdings rounded off the day's podium.

With this result, Haley Batten and Sofia Gomez secure their lead for the overall win, Faces Rola moves up to second place and BMC MTB Racing drops one place to third overall.