After three demanding days in terms of elevation and distance, stage 4, with 82 km and 1600 metres of elevation gain, was no rest for the favourites. The fight for the general classification is in full swing and it is now time for the leaders to make their move.

As on the previous day, the first kilometres were very fast and the favourites kept riding in a group led by the Toyota-NinetyOne-Specialized of Matthew Beers and Christopher Blevins, third in the general standings until then. But Speed Company Racing, second in the standings, tried again to launch an attack from a distance and for a few kilometres it seemed to work out well as they went solo with a 30-second lead over the rest. 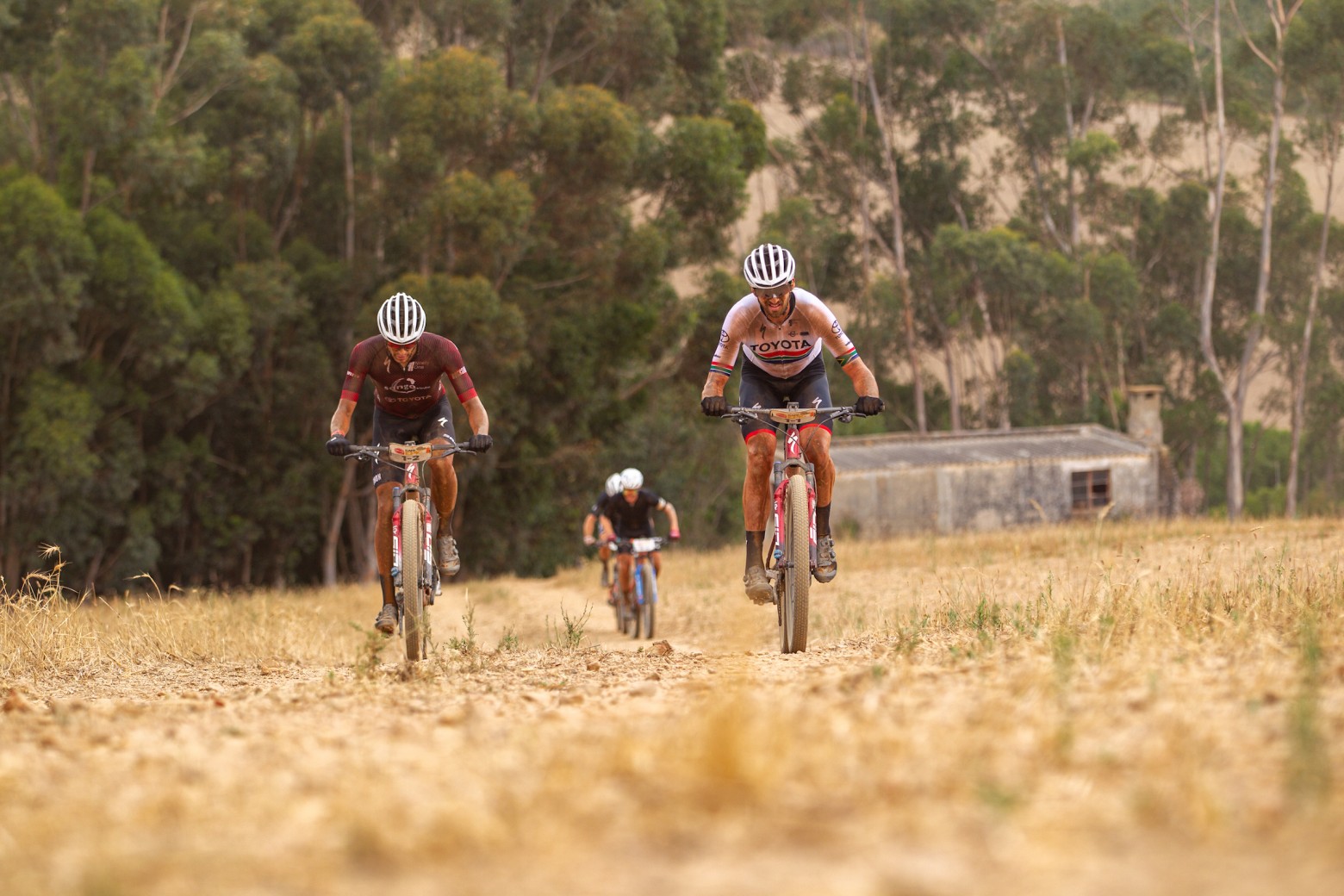 But the leaders of Canyon Northwave and Toyota-NinetyOne-Specialized were not willing to lose time and agreed to hunt down Speed Company Racing. From that moment on, the three pairs rode in a group with a 4-minute lead over their first pursuers, the Buff Megamo of Hans Becking and José Días.

The final kilometres turned into a game of chess as Canyon Northwave's Martin Stosek and Specialized's Matt Beers attacked leaving their partners behind them along with Speed Company Racing. They clearly wanted to break the sprint finish and they succeeded. Short Track World Champion Chris Blevins only had to fight for the last few metres with the rest of the group and he was undoubtedly the fastest.

The women's race also keeps the excitement high and one more day the BMC MTB Racing of Pauline Ferrand Prevot and Robyn de Groot has been the main protagonist.

During the opening kilometres the pairs of NinetyOne-Songo-Specialized, Faces Rola, Symbtech ZA and BMC MTB rode in a group with Pracing Private Client Holdings a little further behind. But another early attack by Pauline Ferrand Prevot and Robyn de Groot broke the race. 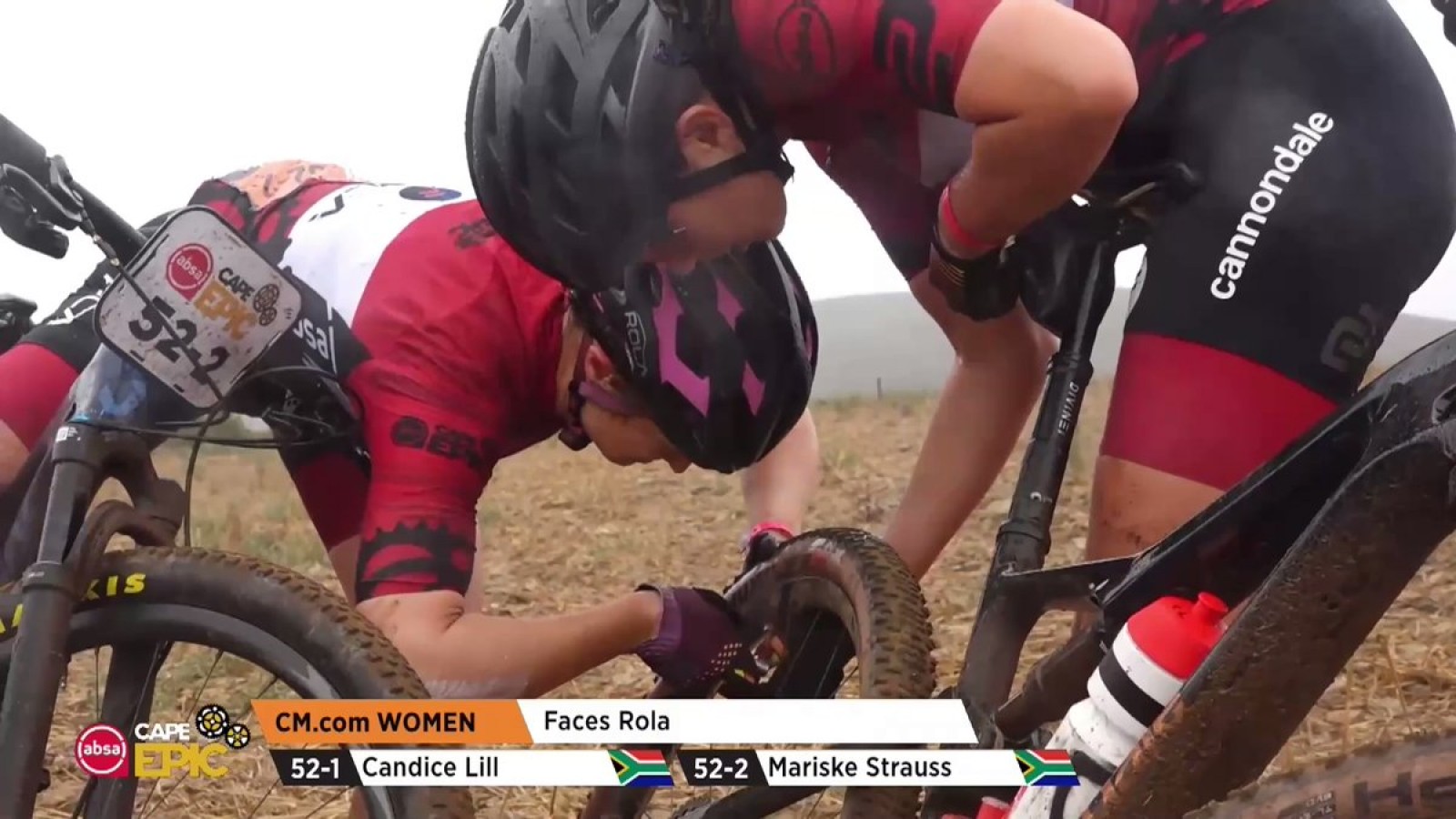 The Specialized pair stayed in second place in the chase, but seemed to be playing with their overall lead so as not to wear them down too much. Mariske Strauss and Candice Lill of Faces Rola had to push the pace a little harder, which led to a flat tyre and a consequent loss of time.

Although they are not being consistent in their performance during the race, BMC MTB Racing are doing very well in the stages they focus on and this was one of them. Pauline Ferrand Prevot and Robyn de Groot finished first to secure their third stage win and their second place overall.

The NinetyOne-Songo-Specialized riders were second on the stage and showed that they know how to compete for the classification. The podium was rounded off by the Private Client Holding pair, who finished on the podium for the second day in a row after a great stage finish. 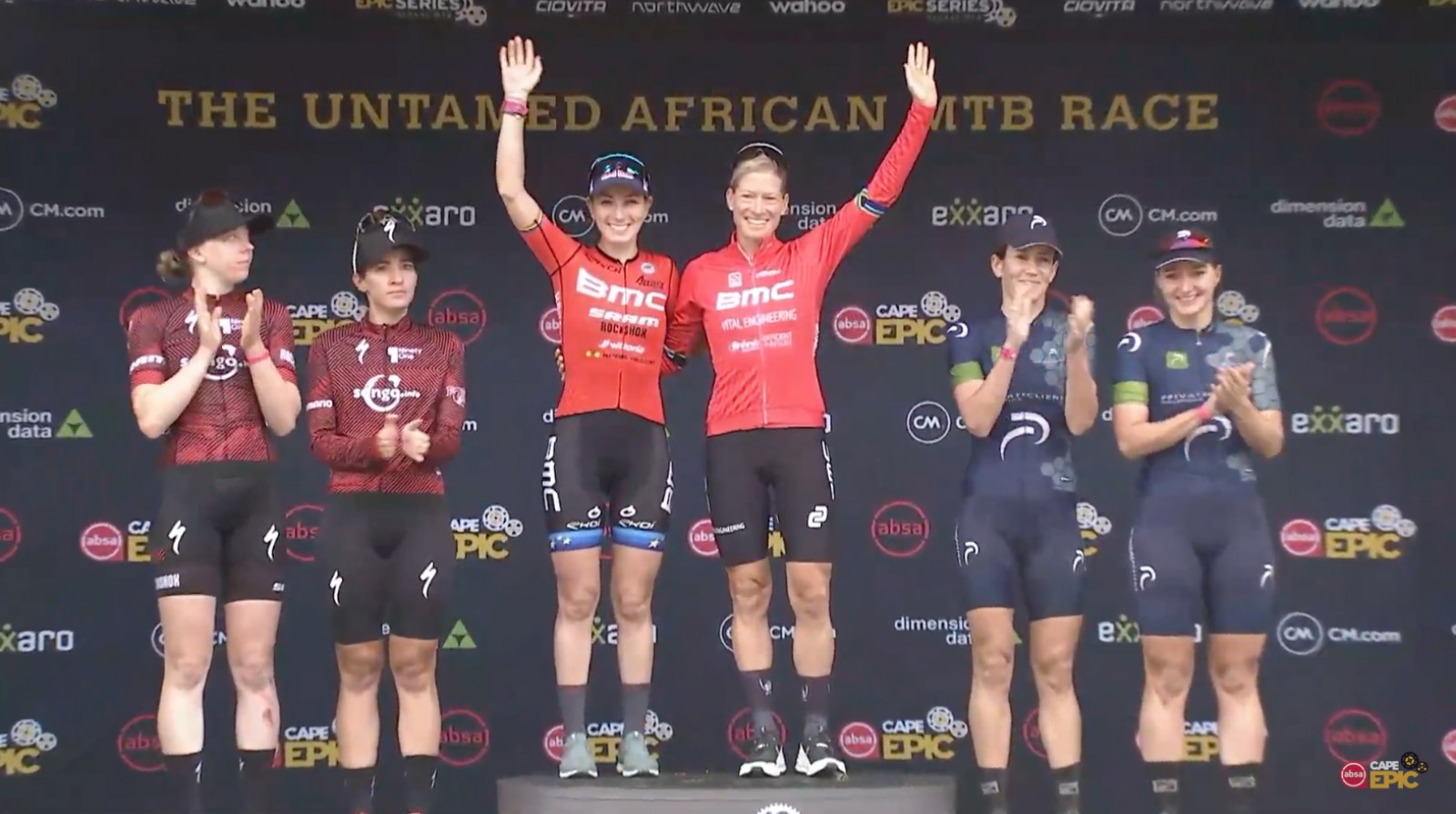