He has changed this sport and that is why legendaries bikers like Jose Antonio Hermida have said: Nino Schurter is a new sport star, as Michael Jordan or Maradona. Anyway, Nino Schurter is the actual XCO World Champion and three-time Olympic medallist (gold in Río).

We were lucky as we could talk with him. This is what he told us: 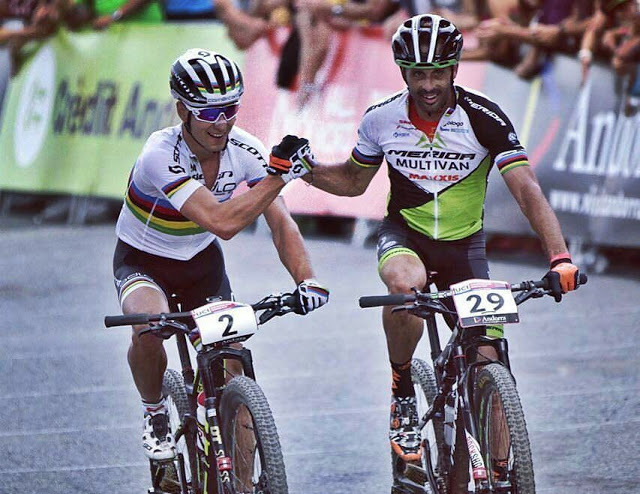 What made you ride your bike?

How is the life of an Olympic champion and five-time world champion XCO?

First of all it’s great if you achieve your biggest goal in sports. Now as Olympic champion I get a lot of respect from everywhere for what I realized in my career. This is very nice. On the other hand my life got quite a bit more hectic. Everybody want’s something from me.

The new Spark 900 is built for my needs and I feel very comfortable on it. This is my bike for the near future. 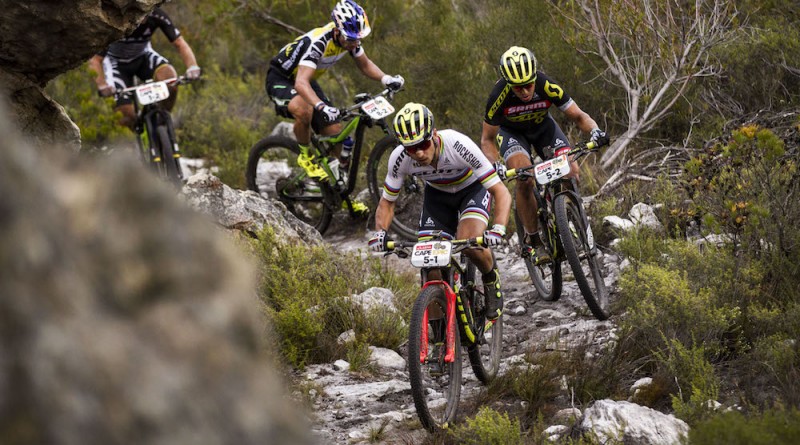 How do you value the evolution of mountain bike from your point of view?

It is great to see there is always room for new improvements. Even one thinks the bikes 2017 are at it’s best and can’t be made better, I’m sure there will be new ideas to keep the evolution going. This is what makes this sport so interesting from a technical side.

Can you tell us something about your workouts? Kilometers during the season, intensities, climbs, hours that you dedicate to average to the trainings daily ...

As for training, do you prefer to train alone? Or are there certain trainings in which you have your "group"?

The intense trainings I have to do on my own because I have to focus on my workout. But the endurance rides on the road bike or also MTB I like to be in company. It’s fun to ride with others as long as they have a similar level.

Does life change a lot after proclaiming you Olympic champion in Rio de Janeiro?

Yes, as mentioned it got quite a bit more hectic but on the other side I personally got a bit more relaxed due to I achieved my big goal.

How do you evaluate all the facilities your team offers you in creating the new Scott model? Do you think that all brands should have the opinion and support of a professional like you?

I can’t speak for other brands but at SCOTT it is indeed a great collaboration between myself, the team and the SCOTT development team. It takes quite a lot of people involved to make such a great bike as the SCOTT Spark 900 is.

Do you think that having a great brand of supplementation like sponser sport food was fundamental to getting Olympic gold?

Every aspect is important if you like to win a gold medal at Olympics. So is nutrition. I’m in a good position where I’m able to work with the very best of each area. With Sponser Sports food I have the very best partner in nutritions

After confirming the participation in the next Absa Cape Epic, how is the training preparation in the coming months?

The world cup starts quite late in Mai. The Cape Epic will be part of my training to build up for the 2017 season. In order to be ready for Cape Epic I do a bit more endurance prior.

Do you spend a lot of time on your bike every day? Do you think this sport requires greater sacrifice?

Yes I spend a lot of time on the bike but I don't feel like it’s a sacrifice. Cycling is my passion and to 90% I love riding my bike. Sure, when it’s cold and wet sometimes it is more a job than passion. But for most of the time it’s great being out on my bike.

The mountain bike has evolved a lot, what has been the biggest advantage for you either mechanical or technical?

It is an ongoing evolution I like to be part of. The biggest development is maybe the fact that these days we ride comfortable full suspension bikes, who are yet light and fast uphill.

Do you think they give to cycling and cyclists the importance it deserves?

If I compare to other sport not always. On the other hand there are a lot of other sports that also deserve as much attention than cycling. At least in mountain bike we have a world wide community that sticks together.

What would Nino Schurter do if he was not a professional cyclist?

SRAM Eagle was the last revolution of the market, we saw you ride it immediately. What did this mean for you?

It’s super cool to be part of new developments. I was the first athlete to be able to test the SRAM Eagle way before the first production. It is designed for Racing but opens up a huge range for everybody. I like the simplicity of the 1x drive train.